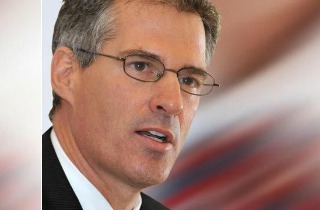 [UPDATE: Despite what the Globe initially concluded, it turns out Brown has renewed his contract with Fox. The original report simply meant that Brown’s first contract had expired, but not that he was exiting the network permanently. See full statement from Fox News at bottom of this post.]

Just over one year after joining Fox News Channel’s ranks as a contributor, former Sen. Scott Brown (R-MA) and Fox have re-signed a contributor deal. “He is currently out of contract with the network,” a Fox News representative told The Boston Globe on Tuesday.

The alleged move fuels speculation that Brown, strongly considering a run for the U.S. Senate against Sen. Jeanne Shaheen (D-NH). Brown recently relocated to the Granite State and has been polling competitively against Shaheen in public surveys.

UPDATE: Brown has actually re-signed his deal with Fox. In fact, he will appear Thursday morning on Fox & Friends. The move has been confirmed, via statement, from Fox’s EVP of programming Bill Shine:

“Senator Brown has renewed his contributor agreement with FOX News. The previous year long agreement expired on February 11th and was never terminated — this was purely administrative. We look forward to his continuing political analysis and insight across the network.”