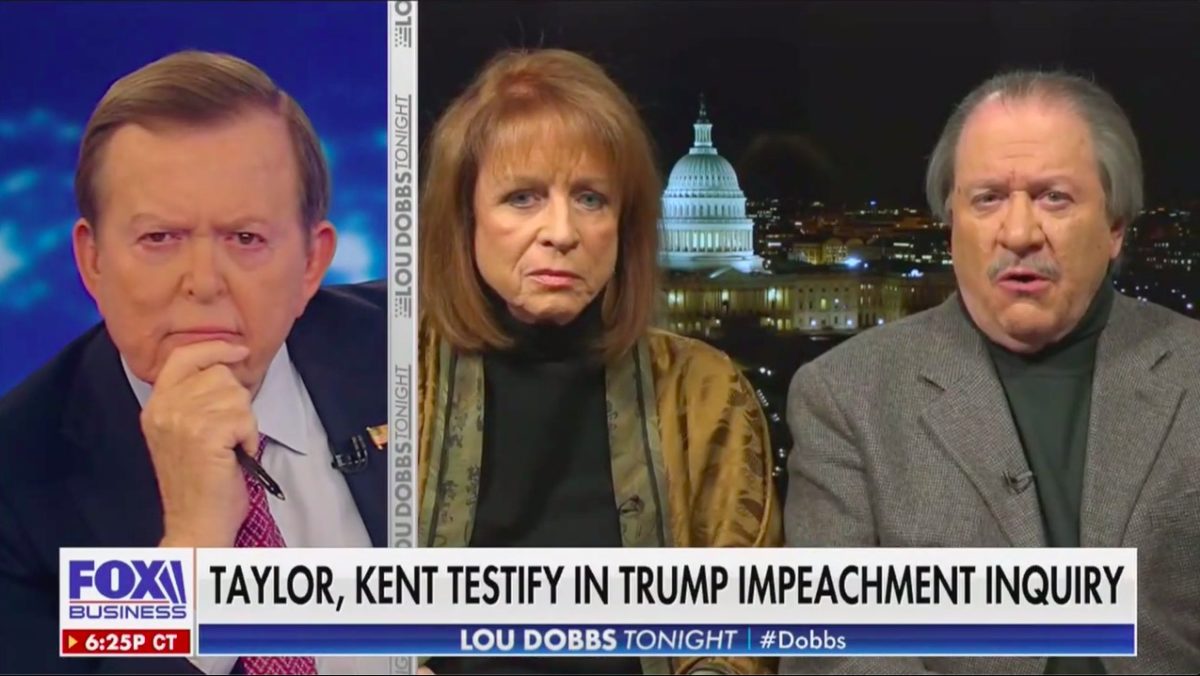 “I request an on-air retraction and request that you bar Mr. diGenova as a guest on your network,” Gaspard wrote.

Last night, yet again, Fox gave air time to McCarthyism. This has to stop. My letter to @FoxNews:
cc ⁦@ErikWemple⁩ ⁦@brianstelter⁩ pic.twitter.com/qMdSfE94Xk

On Wednesday night, diGenova and Victoria Toensing appeared on Lou Dobbs’ Fox Business program. DiGenova stated without evidence that “there is no doubt that George Soros controls a very large part of the foreign service part of the State Department and the activities of FBI agents overseas.”

“This is beyond rhetorical ugliness, beyond fiction, beyond ludicrous,” Gaspard wrote of diGenova’s comments. “It’s patently untrue; It is not even possible. This is McCarthyite.”

Noting he had written to Fox News before about the network’s “pattern of false information” regarding Soros, Gaspard pointed to Fox’s ban of Judicial Watch official Chris Farrell following him floating a conspiracy about George Soros in 2018 on an episode of Lou Dobbs Tonight, saying the situation with diGenova “demands no less.”

“It’s bad enough that commentators on your air regularly engage in the most grotesque anti-Semitic slurs against Mr. Soros,” Gaspard wrote.

Mediaite has reached out to Fox News and will update this story if we receive comment.