George Stephanopoulos Lands Interview With Trump, His First Broadcast Sit-Down In Over a Year

George Stephanopoulos Lands Interview With Trump, His First Broadcast Sit-Down In Over a Year 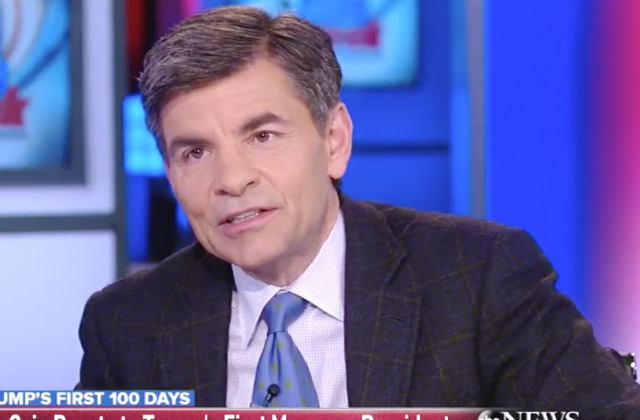 George Stephanopoulos revealed early Tuesday morning that he will be sitting down with President Trump for an interview that will air during Good Morning America.

I’m sitting down with President Trump for the first interview immediately following these historic meetings with North Korean dictator Kim Jong Un. Our conversation will air on @GMA this morning and https://t.co/hXwqhvMw8k

It was widely-believed yesterday that Hannity, one of Trump’s favorite Fox News hosts, was the one to have landed the first interview with the president after his historic summit with North Korean Dictator Kim Jong Un. It appears Stephanopoulos will have edged him out since Hannity’s interview won’t air until Tuesday night.

Stephanopoulos’ interview with Trump marks the first presidential sit-down for any of the broadcast networks in over a year. The last time Trump appeared on any of the three big networks was with his infamous interview with NBC News’ Lester Holt when he revealed that the Russia investigation was in fact a factor in his decision to fire FBI Director James Comey. Since that May 2017 sit-down, Trump largely kept his availability for several hosts of Fox News and Fox Business Network including Hannity, Laura Ingraham, Judge Jeanine Pirro, Lou Dobbs, Maria Bartiromo, and the Fox & Friends trio.

Hours before airing on GMA, nuggets of news are already floating on social media, including how Trump and Kim Jong Un had previously spoken over the phone and that he agreed to end the joint military exercises in South Korea.

NEW: @GStephanopoulos has just wrapped an interview with President Trump, who confirmed this summit was not the first time he’s spoken with Kim Jong Un. They’ve spoken on the phone.