Geraldo, CNN Both Mistake Baltimore Marcher for Russell Simmons: ‘You Look Just Like Him’

We have a very important message for cable news: Former Def Jam record executive Kevin Liles is not — we repeat not — Def Jam co-founder Russell Simmons. Within about a 10 minute span, both Fox News’ Geraldo Rivera and CNN’s Brian Todd approached Baltimore native Liles as he marched alongside New York Knicks star Carmelo Anthony and insisted he was Simmons.

“Mr. Simmons, Russell, the hip hop mogul, why are you here?” Rivera asked Liles, laughing as he was politely corrected. “I’m sorry, you look just like him,” the Fox reporter added.

Plenty of people watching went straight to Twitter to disabuse the hosts of their false impressions:

CNN just doesn't know when to stop! Reporter insists TO Kevin Liles he MUST be Russell Simmons cause,ya know they all look alike! #RacistMSM

The reporter on @cnn said he didn't believe Kevin Liles was himself Bc he looks like Russell Simmons. #allblackppllookalike

Later, when Todd tossed back to Wolf Blitzer, he again suggested that Liles was Russell Simmons in disguise:

For the record, that is Kevin Liles on the left and Russell Simmons on the right in a photo from Hamptons Magazine: 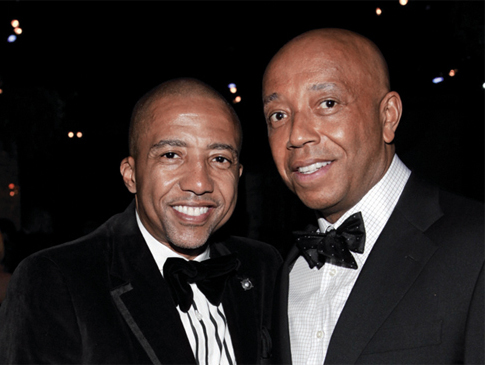