Geraldo On The O’Reilly Factor: ‘The NY Times Is Constantly Surprised Obama Is Not A Liberal’ 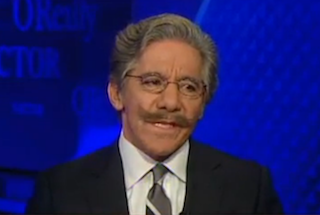 “The New York Times is constantly being surprised that Barack Obama is not really a liberal,” Rivera said, listing everything from Obama’s drones policy to his lack of enthusiasm for single-payer as evidence. “He’s really kind of a middle of the road guy.”

“Is this basically just a love spat between them and President Obama?” substitute host Greg Gutfeld asked. “It seems like the Times is just a neglected mistress in all this.”

“The New York Times obviously had a twit fit, then they thought better of it,” Rivera said. “Maybe somebody got to them. Maybe somebody in the higher up understood that the editorial board had run amok.”

“A lot of people have buried the lede here,” Rivera said. “It isn’t either the PRISM program, where they are snooping on the internet, or the massive Verizon subpoena. It is that in the midst of Eric Holder being embattled for trying to close leaks—trying to close the leak against the Associated Press, exposed, trying to get James Rosen and Fox News and close that leak, exposed—guess what? Even as he is vigorously trying to close the holes, someone in the NSA massively leaks far bigger stories than either of the stories that were the subject of the intensive Department of Justice investigations that led to the AP scandal, the James Rosen Fox News scandal.”