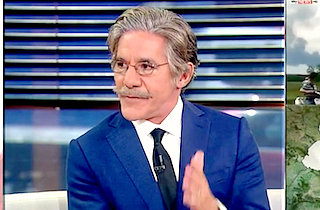 As details unfold regarding the death of Thomas Eric Duncan, the Liberian man diagnosed with Ebola while in the U.S., Fox News anchor Geraldo Rivera said Thursday racism may have had something to do with it all.

Duncan’s family members have also questioned the treatment Dunan received from a Texas hospital that initially sent him away with antibiotics when he showed up in Late September with some Ebola symptoms, including vomiting, stomach pain and fever.

“Real shame of Dallas: Ebola fatality Thomas Duncan turned away from Presbyterian Hospital,” Rivera tweeted. “Was it because he was too poor, black and uninsured?”

Though Duncan was never “turned away,” he was not tested for Ebola despite reportedly alerting the hospital that he had traveled to the U.S. from Africa, where there is an epidemic. He returned to the hospital three days later.

Other patients who were treated in the U.S. for the virus received faster treatment than Duncan, but authorities at the hospital that treated him say care was administered as quickly as possible. Unlike the other hospitals who treated the other Ebola patients, Duncan’s hospital was not alerted in advance that a case of the virus was coming to it for care.

Also, many of the drugs being used on the recent Ebola patients are experimental and require paperwork in order for hospitals to receive the drugs. The hospital that treated Duncan has not yet said when it filed the paperwork.

Duncan died on Wednesday, eight days after his case was first reported.

Real shame of Dallas: Ebola fatality Thomas Duncan turned away from Presbyterian Hospital-Was it because he was too poor, black & uninsured?