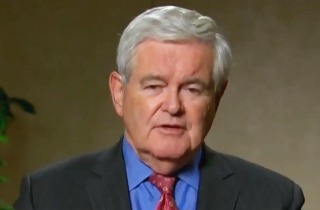 Sean Hannity spoke to Newt Gingrich after the debate tonight at Hofstra University, and one of the biggest bits of praise the former House Speaker offered Donald Trump was that the mogul didn’t take a personal shot when presented with an opening.

Hillary Clinton brought up several of Trump’s antics that have drawn accusations of sexism, while Trump suggested that he had plenty to fire back at her if he so chose. After the debate was over, Trump indicated in the press scrum that he wanted to bring up Bill Clinton‘s allegations of sexual misconduct, and the only reason he did not was because daughter Chelsea Clinton was in the debate audience tonight.

When asked about this on Hannity, Gingrich had glowing praise that Trump managed to restrain himself instead of delving into the more nasty, personal attacks he’s been known to make.

“That might have been the best single moment, and Hillary was mean, nasty, knew it was a cheap shot,” Gingrich said. “He had a perfect moment there to clobber her. he looked over at Chelsea and thought ‘I’m not going to do it.’ It showed.”

Of course, this wouldn’t have been the first time Trump has gone after Mrs. Clinton by bringing up her husband’s transgressions.