Glenn Beck: China Is Our “Mobster” Bank Of Sicily And Soon They Are Coming To Collect 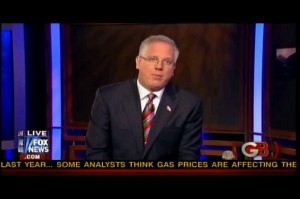 On his Fox News show, Glenn Beck expressed his fear that “our landlord is in town and soon he is going to be demanding the rent.” The landlord he is referring to is China, except that Beck predicts a much harsher consequence for the United States awaits than being evicted.

Beck is confident that the United States is currently on the path towards being a deadbeat borrower and will likely disappoint the Chinese economic minister who he quoted saying “we have lent a huge amount of money to the United States” and who hoped the U.S. would “maintain its good credit to honor its promises and to guarantee the safety of China’s assets.”

Beck said that like mobsters, “China is our bank of sicily,” and warned:

“China someday will want their payment America . . . and if we can’t pay, they will do what any other bank would do. Emotionlessly take the collateral that they now own. That will be our oil reserves, our land, our resources, our rare minerals, our coal, whatever it is. But they will put themselves first, because that’s what countries do. Oh, except for us.”

Beck yelled at politicians to “shut the piehole” and stop commending themselves for being willing to sit next to each other at the State of the Union address and to “stop arguing about Sarah Palin and a stupid target on a nutjob, and start working on the real issues.” Otherwise, he predicts, the American population is going to soon become China’s “little worker bee.”

If viewers were able to get past Beck’s first segment filled with screams to other planets and Star Trek references, then they would have been exposed to a serious issue that Beck accurately described as something strangely no one wants to talk about.