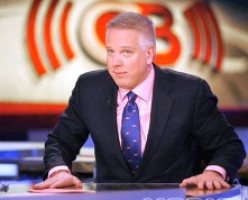 The latest Glenn Beck outburst to garner big media attention is a bizarre segment of his radio show in which he compares Tiger Woods to OJ Simpson. Beck’s comments have people accusing Beck of bigotry (buttressed by the fact that he went on to reference another black athlete, Kobe Bryant, whose offense was also not comparable to Woods’), but at least equally disturbing was his return to the “poisoning women” well. Check it out.

It may be an overreach to label Beck a racist for this clip, but it’s tough to argue that his only real basis for comparison isn’t that Woods and Simpson are both prominent black athletes, with white women in common as well. When someone on the show points out that “the thing with OJ was the murders,” Beck replies that a woman was ambulanced away from Woods’ home. Strikeout, Glenn. There was no ambulance involved in Simpson’s crime.

He then goes on to reference Kobe Bryant, who was accused of rape, rather than a more sensible comparison like Eliot Spitzer.

Does all of this make Beck a racist, or simply the product of a culture that has long viewed accomplished black people through the prism of race first, and everything else second? Was Beck deliberately baiting a trap in a landscape where accusing someone of being a racist is more radioactive than actually being one?

What I found especially bizarre was Beck’s reference, later in the clip, to poisoning women. When rattling off things that Woods could leak and then deny, he says “(Woods) just needs to say ‘My gosh! I tried to poison a woman in my house last night.’ And when it turns out she was…she just slipped and broke her hip, or whatever it was, you can say ‘My gosh, thank goodness he’s not an attempted murderer.”

It’s a little odd to conjure poisoning a woman as a hypothetical, it’s not the first thing that leaps to mind, but it’s downright creepy when you put that next to this: