Glenn Beck Suggests Only ‘Hookers’ Depend On Planned Parenthood 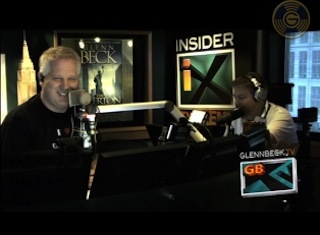 The ongoing fight between Glenn Beck and Lawrence O’Donnell has been one of the more entertaining media battles recently. This morning, Beck got a nice shot off by mocking O’Donnell for tearing up during last Friday’s episode. Nice one! That’s a point for Beck! Oh man, I can’t wait to see what- Hey, wait. What did Glenn Beck just say? That only hookers depend on Planned Parenthood? Hmmm. Let me ask the judges and…yes. Point rescinded.

The comment came as Beck played audio from O’Donnell’s show of the MSNBC host claiming he had “friends who depend on Planned Parenthood.” Beck cut off the audio right there and offered his two cents:

You hear that, all women in the United States who use Planned Parenthood for affordable birth control, gynecological check ups, and breast exams? Glenn Beck thinks your a prostitute. Gee, I wonder if he thinks the same thing about any lady who’s ever crossed the street. After all, they probably spent a few seconds standing on a street corner! They must be hookers!

Yeah, this is one that’s gonna bite him in the ass. I mean, we like you Beck but, gosh darn, is that a dumb comment to make. You’d think he’d have learned something about huge generalizations after he compared Reform Jews to Islamic extremists. To make matters worse, “Reform Jews” makes up a much smaller demographic than, say, “women.” I would guess that the only thing that might keep tons of protesters away from Fox News headquarters in the next few days is the fact that Beck soon won’t have a show to take off the air anyway.