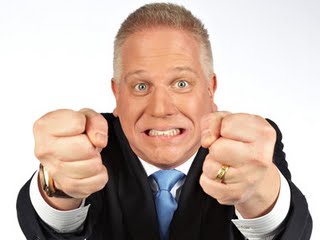 As the Republican candidates are forced by a few loud voices to split up down the Birther Battle Line, Glenn Beck and his co-hosts had some extremely harsh words for those that still believe that sinister secrets lie within the President’s birth certificate. “This is why Stu [Burguiere] hates, and I hate, and Pat [Gray] hates the Birther thing,” Beck began as he launched into a lengthy message explaining to Birthers why they’re missing out on a perfect chance to “show real differences between the right and the left” by instead focusing on a piece of paper.

As The Blaze points out, Beck frequently gets lumped into the Birther category. After all, most people’s knowledge of what he does ends at “he’s conservative, he likes conspiracy theories, and I think he cries sometimes.” But let this clip (as well as the comments he’s made in the past) put a stop to that misnomer. Glenn Beck is not a Birther. He’s not a fan of Obama, but he doesn’t want to talk about where he was born.