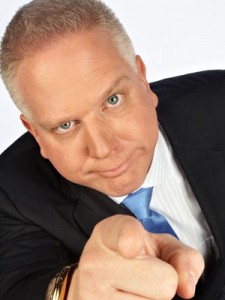 (UPDATE AT BOTTOM) On his radio show today, Glenn Beck was lamenting the fact that no media outlets (Fox News included!) were covering the growing scourge of Communists and Socialists preaching a violent overthrow here in America. He even proposed that 0.5% of Americans may be violent radicals. Of course, that figure isn’t something you’re likely to hear about since it was handily overshadowed by another stat the host used: Beck guessed that 10% of Muslims are terrorists. You hear that sound? That’s 100% of The View hosts angrily leaving the room. Yeah, even Hasselbeck.

We’re going to give Beck the benefit of the doubt and assume this was just an example of unwisely rattling off a made-up figure and that he doesn’t actually think there are 150,000,000 Muslim terrorists running around. I mean, can you imagine how crowded those caves would be? Seriously though, it’s blanket quotes like this that just make people seem foolish. 10% may not seem like a lot in most cases but, when you’re talking about the second largest religion in the world…

Expect one of two things to happen now: either Beck apologizes (which he should) or he accuses the the inevitable scandal this causes of merely being in place to shift focus away from all those Socialists. I’d give either a 50-50 shot but, then again, I’m as bad at numbers as Beck appears to be.

UPDATE: It looks like I was wrong in guessing that this figure was just a number Beck threw out off the top of his head. Here’s a page from his 2003 book The Real America: 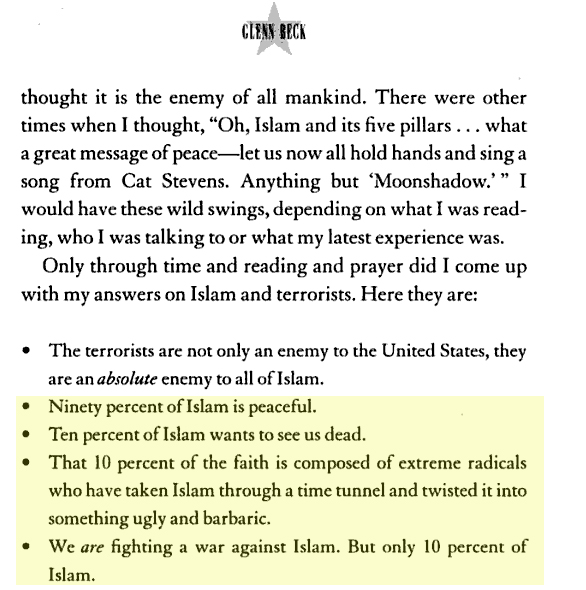