Glenn Beck: Is The Term ‘Colored’ Really Such A Bad Thing? 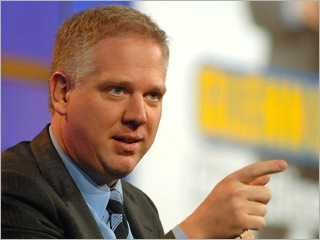 On his radio show today, Glenn Beck tackled a particularly sticky issue when it comes to race. How does it make any sort of sense, he wanted to know, to refer to all black persons as “African American,” particularly when so many black individuals don’t live in the U.S.?

Beck notes that, in South Africa, recognized races and ethnicities include black and “colored” (Wikipedia explains the term thusly: “In the South African, Namibian, Zambian, Botswana and Zimbabwean context, the term Coloured (also known as Bruinmense, Kleurlinge or Bruin Afrikaners in Afrikaans) refers to an ethnic group of mixed race people who often possess some sub-Saharan African ancestry but not enough to be considered Black, either by themselves or by others.”)

So is the term “colored,” Beck and co. wondered, really such a “bad thing” as we’re lead to believe? “Only here,” he lamented, referring to the U.S. “Why are we made to feel bad?” He has a theory:

And sure this country sucked for blacks. Sucked. Beyond sucked, for a long time. But it doesn’t now. It doesn’t now. Be proud to be an American.

He added that all the PC labels we have for another end up making Americans afraid to speak with one another, because Americans don’t inherently want to offend one another. We want to say the “right” thing and take the kindest course of action, but we’re impeded by our fear of offending one another. His advice? Have no fear and “dismiss these human rights frauds.”

Listen to the segment, via The Glenn Beck Show: