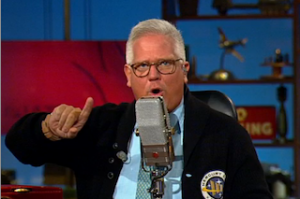 Glenn Beck marked Al Jazeera America’s first day on the air during his Monday morning program by labeling the network “the voice of the enemy” and mocking the American talent, such as former CNN host Soledad O’Brien, who the channel have brought on board.

There was something of a personal nature to Beck’s outrage over Al Jazeera America’s entrée into the world of cable news, given the fact that some of same cable companies now carrying the channel have refused to pick up his network TheBlaze. “They don’t have room for an American-owned, American operated, and a network that only serves America,” he said. “They’re not interesting in that one. But Al Jazeera? ‘Oh, we’ve got to get that one on the air right away.’ That’s crazy.”

Essentially turning the segment into an infomercial to get TheBlaze on cable, Beck said “today’s the day” to call your provider and demand they put his channel on. “They are taking money from your cable bill,” Beck said, “and they are sending it overseas to Al Jazeera so Al Jazeera can pump propaganda into America. They not only have Saudi oil money, they have your cable bill. You are funding Al Jazeera.”

“This is not a marketing ploy,” Beck added, lest anyone get the wrong idea. “I do this because I believe in it.” He said to his followers, “Our voice has got to grow, because Al Jazeera–quite honestly the voice of the enemy.” Imagining his critics who might say “it’s only Soledad O’Brien,” Beck replied, “Oh really? Sell me another shill.”