Glenn Beck: Why Is The Media Trying To ‘Label Me A Conspiracy Theorist?’ 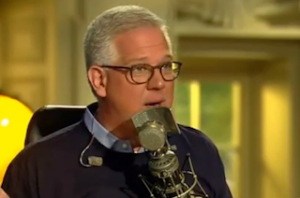 Glenn Beck is convinced that the mainstream media has collectively decided to brand him as a “conspiracy theorist” in order to discredit his ideas. On his radio program Tuesday morning, he wondered aloud why in the world they would be compelled to do this to him.

As an example of the media’s “concentrated effort” to paint him as a “conspiracy theorist,” Beck referred back to comments he made last week regarding CNN anchor Wolf Blitzer‘s awkward, though hardly nefarious interview with an Oklahoma tornado survivor who also happened to be an atheist. Beck offered up the theory that the incident was not an honest mistake on Blitzer’s part, but rather the secret scheme of a CNN producer who is “sympathetic to the atheist plight or just doesn’t like Christians.”

Beck had his own theory to answer this puzzling question. “I’ll tell you why,” he told his audience, “it goes back to Cass Sunstein.” He explained that the former Obama administration official once wrote a paper on “conspiracy theories,” in which he advised, in Beck’s words, “the government should call anybody who stands against them a conspiracy theorist.” Noting that what he was saying at this moment was not a “conspiracy theory,” because it’s true, Beck said that Cass Sunstein advocated this approach because it “isolates” political opponents.

Saying he “doesn’t really care” what people think of him, Beck admitted he’s known for years, “I’m not getting out of this with my name or reputation. That’s fine… I’m not really trying to wake anybody up, I’m trying to keep those who are awake, awake a little bit longer.”