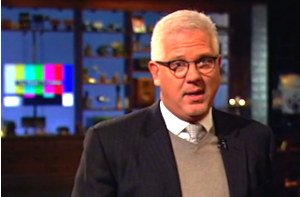 The ongoing dispute between the Dish Network and Fox News has produced an unexpected benefactor: Glenn Beck.

After the satellite TV service provider dropped Fox News from its channel lineup last week due to a dispute over carriage fees, they replaced it with Beck’s channel TheBlaze.

Due to circumstances beyond my control, DISH has removed Fox News and given TheBlaze TV their spot in the channel lineup. That means if you have DISH, you can now watch TheBlaze on channel 212 and channel 205, 100% free.

I have no idea how long TheBlaze will be on in place of Fox News. But for those of you looking for a channel that shares your values and principles, I hope you will give TheBlaze a chance.

I’m on vacation until Monday 1/5 (this came up after my family headed to the mountains for the holidays), but we’re going to be airing some great programming over the next couple of days until I get back to Dallas. And I have some exciting shows planned after the holidays.

We’re not looking to replace Fox News. In fact, I think TheBlaze offers you something completely different. We will provide insight that no one else gives, but in the coming months you will also see the beginning of a effort to change the culture.

If you’re a DISH subscriber, I invite you to take a few minutes over the next couple of days and see what we have to offer. I think you’ll like it.

As Beck explained, Dish is one of the few cable TV systems that already carried TheBlaze, adding the channel to its lineup back in September 2012. But now, at least until Dish and Fox resolve their differences, any subscribers tuning to the channel where they usually see hosts like Bill O’Reilly and Sean Hannity will now be greeted by former Fox host Beck.

[h/t The Desk]
[Photo via screengrab]