Glenn Who? Fox News Announces The Five To Become The Permanent 5PM Show 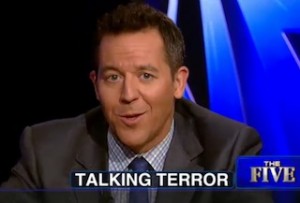 Fans of The Five can throw their hands in the air (perhaps even waving them like they just don’t care) and rejoice to the news that Fox News has announced that the 5pm panel show has become a permanent fixture on the cable news dial, thus increasing the chances that we will one day see the Bob Beckel/Eric Bolling fist fight we’re all so eagerly awaiting.

The one-time temporary show originally seemed designed purely to diminish the image of loss that came from the departure of one of the network’s biggest stars, Glenn Beck. In the week before it’s launch, even one of its stars seemed doubtful that the show would maintain much of Beck’s audience. And, while plenty of the Beck faithful did join him on the Interwebs, it soon became clear that “Fox News in that time slot” was a big star as well.

It didn’t hurt that the channel struck upon a good formula: a show that was more substantive than Fox & Friends but still cheerier than Beck’s had become. It also didn’t hurt that they got a piece of Beck’s trademark headline-grabbing controversies from the likes of Greg Gutfeld and (particularly) Beckel. However, as of yet, the show’s scandals have remained in the “live curse word and silly hyperbole” variety without getting downright scandalous. This has helped the show gain back some of the advertisers that Beck lost due to much publicized boycotts. In fact, the press release about the show’s promotion makes special mention of “Blue Chip advertisers.” While Beck’s now in the boycott-immune land of paying subscribers, it’s easy to imagine how happy the Fox News bean counters are to once again be receiving checks from bigger clients.

Another interesting thing in the press release are the hosts named. The show has had a steady rotation of Fox personalities but, in this latest list, names like Andrew Napolitano and Monica Crowley aren’t mentioned. Both appeared frequently during the past few months but it would appear will no longer be regular contributors. Geraldo Rivera was also on original releases about the show and is no longer mentioned.

Anyway, whoever the titular five are, this has to be seen as a win for everyone involved.

FOX NEWS CHANNEL’S THE FIVE TO CONTINUE AS SCHEDULED PROGRAM

In making the announcement, Ailes, who created the show, said “The Five is unlike any show in news and politics, from the co-hosts’ chemistry to the provocative, yet fun presentation style. It has quickly connected with the audience, and I’m pleased to install it in our daily lineup.”

The Five originally began as a summertime replacement program for Glenn Beck in July and has steadily increased viewership since its debut. According to Nielsen Media Research, the program was the sixth most-watched show in cable news with an average of 1.4 million total viewers in the third quarter of 2011.

Since its launch, The Five’s total viewership has increased by 16 percent, to nearly 1.5 million viewers in the Nielsen month of October to date. In the key 25-54 demographic, the program is up by 26 percent, averaging 349,000 viewers this month to date, drawing national advertisers back into the 5 PM timeslot.

FOX News Channel (FNC) is a 24-hour all-encompassing news service dedicated to delivering breaking news as well as political and business news. A top five cable network, FNC has been the most watched news channel in the country for nearly ten years and according to Public Policy Polling, is the most trusted television news source in the country. Owned by News Corp., FNC is available in more than 90 million homes and dominates the cable news landscape, routinely notching the top ten programs in the genre.