CNN #GOPDebate Preview: What to Watch for Tonight
Opinion

CNN #GOPDebate Preview: What to Watch for Tonight 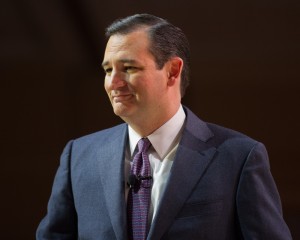 Tuesday night marks Round V in the fight for the GOP presidential nomination, at least as far as debates go. CNN gets its second for the Republican Party (the first moderated primarily by Jake Tapper back in September), with the festivities to the main event set to kick off at 8:30 PM Eastern.

It’s hard to believe (OK, so maybe it isn’t), but there were already 15 debates in the books during the last open election season back in 2007-2008. But less is more in this crazy, often unfathomable, reality show of a campaign season this time around, as the spacing between these kind of big events only rebuilds the appetite back up (in October 2007, four debates were held in 12 days alone from October 9-21).

As we look back thus far, each GOP debate has owned an overriding theme going into it. For Round 1 on Fox News, it was how the moderators (Bret Baier, Megyn Kelly, Chris Wallace) were going to handle Donald Trump‘s verbosity and unpredictability. For Round 2 on CNN, it was a classic sequel question: could Part 2 somehow eclipse Part 1? For Round 3 on CNBC, the focus was on Trump again, but this time because of some national polls showing Ben Carson overtaking him at the top. The previews were all the same: “Will Trump attack Carson?” “Will Carson take the bait?” Given the free-fall the doctor has been in since (down 18 points in a new NBC News/WSJ poll from late October, for example) it’s also hard to believe that debate took place just six weeks ago. As for Round 4, which occurred just two weeks after the CNBC version, the pregame narrative was more about how Fox Business would go about its business in terms of questioning after the criticism its business channel competitor had received in that department.

So as we head to Vegas for Round 5 of 11, what’s the headline going in? By almost all accounts, it appears to be the rise of Ted Cruz and (ding!) — like Carson before — if he’ll take the bait if and when Trump goes on the attack. Per Mark Halperin on Morning Joe Monday morning, Cruz now has three key alliterative things going for him right now: “Money, momentum and message.”

Money… as in the backing of four super-PACs and raising far more cash than any other GOP candidate. Like Trump (who’s barely had to spend anything thanks to unprecedented free advertising via overwhelming media coverage), Cruz is built for the long haul.

Momentum…as in a new Bloomberg/Des Moines Register poll showing him beating Trump by ten points in Iowa (33-23) and other polls illustrating him closing fast nationally (gaining 12 points in six weeks alone in that same NBC News/WSJ poll) and trailing the billionaire by just five (27-22).

Message… as in being the anti-establishment guy who also happens to have some experience in DC (unlike Trump and Carson). The Texas senator now owns the highest favorables of any GOP candidate at 73 percent (14 points higher than Trump among party voters). Of course, some pundits will argue that Cruz isn’t very likable and can be somewhat awkward to watch when showcasing his personality (hard to disagree), and therefore will be in trouble when the general election rolls around. To that end, Cruz trails Clinton by three points in that new NBC News/WSJ poll in a hypothetical matchup, but that’s still within the margin of error. For context, Marco Rubio, one of the very few establishment candidates going in a positive direction, would beat Clinton 48-45 (also within the margin of error), while Clinton beats Trump by ten points (50-40).

So while Trump is still the frontrunner, he can no longer boast — as he does in pretty much every interview — that he’s “still leading in every poll.” Iowa is now in jeopardy. Cruz has the three big Ms in his favor. Trump knows it and has already gone on the offensive (calling him “a bit of a maniac” among other things) after playing nice with the Senator since his campaign began in June.

Final audience number? The prediction here (which have cooled in terms of accuracy since a hot start) is 16.5 million. Note: That’s still a huge number, but a bit of Trump fatigue and the novelty of these events wearing off will bring this down from the insane 24 and 23 million Fox and CNN enjoyed for Rounds 1 and 2 respectively. Wolf Blitzer gets the lead moderator role this time, with Dana Bash and Hugh Hewitt — as they did in Round 2 — serving again as the supporting cast.

The post-game narrative of Round 1 was Trump vs Megyn Kelly.

Round 2 post-narrative: Carly Fiorina‘s sugar-high after a highly-praised performance (her quick rise afterward and equally fast fall has been astounding to witness).

Round 3 post-narrative: The GOP’s disgust with CNBC.

Round 4 post-narrative: The GOP’s delight with Fox Business.

What will it be in Round 5?

Just a guess… but it’s fairly certain it will be some kind of combination of what the current national front-runner said… and Iowa’s new front-runner’s response to it.