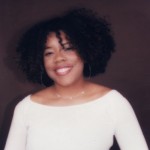 There are some things you expect to be controversial. Miley Cyrus kissing ladies. Wearing leggings to work. Whatever comes out of Sarah Palin’s mouth this week. You know? Important stuff. But when did my imaginary black history peepaw Thurgood Marshall become some judicial militant? I’m confused? Was this before or after he and the NAACP sued the University of Missouri in the 1930s? Where’s my copy of “Dream Makers, Dream Breakers?” I need a point of reference!

As confirmation hearings opened Monday afternoon, Republicans on the Senate Judiciary Committee took the unusual approach of attacking Kagan because she admired the late justice Thurgood Marshall, for whom she clerked more than two decades ago.

“Justice Marshall’s judicial philosophy,” said Sen. Jon Kyl (Ariz.), the No. 2 Republican in the Senate, “is not what I would consider to be mainstream.” Kyl — the lone member of the panel in shirtsleeves for the big event — was ready for a scrap. Marshall “might be the epitome of a results-oriented judge,” he said. […]

Sen. Jeff Sessions (Ala.), the ranking Republican on the panel, branded Marshall a “well-known activist.” Sen. Chuck Grassley (R-Iowa) said Marshall’s legal view “does not comport with the proper role of a judge or judicial method.” Sen. John Cornyn (R-Tex.) pronounced Marshall “a judicial activist” with a “judicial philosophy that concerns me.”

Thurgood Marshall was the first African American to sit on the Supreme Court and is one of my favorite historical figures. He pushed for equality in schools as he argued Brown vs. the Board of Education. He was part of the NAACP’s legal team that fought the legal fights for just about everything that makes my life productive and much easier than the lives of my parents and grandparents before. He was also, arguably, the most Liberal justice on the court in recent history. (For those playing at home, Liberal = Scary and Dangerous. Conservative = Good and Benevolent Like Santa Claus. Everyone paying attention?) 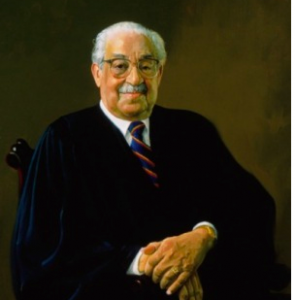 I really like Thurgood Marshall. I got all weepy and emotional when I went to The Thurgood Marshall Center for Service and Heritage in Washington, D.C. talking about the history and whatnot. When I was 12 I actually broke down in tears to my school librarian because I wanted to write my book report about him and not Gwendolyn Brooks, whom she had initially assigned to me. (God, I was such a nerd.) Being a huge admirer of him I thought it was neat when I learned that current Supreme Court Justice nominee Elena Kagan used to clerk for Justice Marshall. But according to some Republican Senators this Thurgood Marshall connection is … a bad thing?

It was, to say the least, a curious strategy to go after Marshall, the iconic civil rights lawyer who successfully argued Brown vs. Board of Education. Did Republicans think it would help their cause to criticize the first African American on the Supreme Court, a revered figure who has been celebrated with an airport, a postage stamp and a Broadway show? The guy is a saint — literally. Marshall this spring was added to the Episcopal Church’s list of “Holy Women and Holy Men,” which the Episcopal Diocese of New York says “is akin to being granted sainthood.”

With Kagan’s confirmation hearings expected to last most of the week, Republicans may still have time to make cases against Nelson Mandela, Mother Teresa and Gandhi.

Well, I guess it’s a good thing Marshall already sat on the Supreme Court for decades, became a beloved and admired historical figure, is all kinds of dead from old age and wasn’t the one up for confirmation. Good thing Obama didn’t nominate his corpse! Hoo-boy. Obama dodged a bullet there. Zombie Thurgood Marshall neva woulda hada chance.

For the billionth time, people have thrown around the words “Liberal” and “Conservative” so much they have both become absurd abstractions. Dear Lord, it’s OK to put someone on the bench who doesn’t share your political philosophy. Lord knows, I don’t ever agree with Scalia and Thomas. It’s about whether they can do the frickin’ job. Not support your personal political agenda.

A lot of this crazy pants “Thurgood Marshall the Liberal fanatic” talk was initially drummed up by RNC Chairman Michael Steele back in May. Steele was reacting (or overreacting) to Kagan supporting a speech where Marshall called the Constitution as originally drafted “defective” — “defective” because of that pesky clause branding black people as 3/5 worth of a person. Apparently the Constitution can’t be criticized even when it was pro-slavery.

The Hill article about Steele’s Marshall-bashing warned that “an effort to associate Kagan negatively with Marshall, who is revered by liberals and African-Americans, could prove explosive.” If they mean that it appears tin-eared and pointless … yeah, I’m going to fall into that camp.

Danielle Belton has been writing the popular “The Black Snob” blog since August 2007. She has contributed to the American Prospect, NPR, Mediaite, the Huffington Post and has been featured on Nightline. This column is modified from one that was published yesterday on The Black Snob here. Learn more about Danielle here.