Gov. Christie Blasts Obama on Immigration, Looks Ahead to 2016 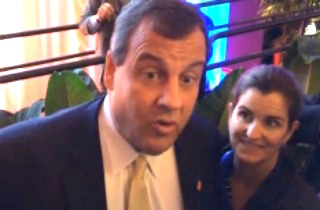 New Jersey Gov. Chris Christie is not holding back how he feels about President Barack Obama‘s executive actions on immigration reform that are expected to be unveiled tonight.

Christie said Obama’s choice to sidestep Congress shows he is not trying hard enough to build a “trustful relationship” with congressional Republicans. He also criticized Obama for focusing more on healthcare reform than immigration reform during the first two years of his presidency, when he had significant majorities in both the House and the Senate. In addition, he rejected the idea that his status as a governor and potential presidential candidate prevents him from criticizing President Obama.

“He campaigned to the Hispanic community in 2008 all across this country that he was going to deal with this issue, and he refused to deal with it, and had instead decided that he wanted to do Obamacare. He made a judgment, and now he wants to try to blame it on other people. He’s got no one to blame but himself. He made the judgment. He set the priorities. And now, apparently, bipartisanship is not one of the priorities he wants to set.”

Another reporter asked Christie if it is “unfair” for him to criticize Obama without laying out what his ideas are for immigration reform, to which the governor responded in typical Chris Christie fashion: “No. No. He’s the president. He had an opportunity … this is a ridiculous question. Oh, because I won’t lay out my plan if I were president, the precludes me from criticizing the guy who asked for the job twice and was elected twice?”

And then came the 2016 talk. Christie said just because he is a governor and “may run for president some day,” he still has the right, as any citizen does, to criticize Obama. He added that he hopes the Hispanic community sees — and remembers (for 2016 purposes, of course) — that President Obama prioritized “government-run healthcare” over immigration reform.