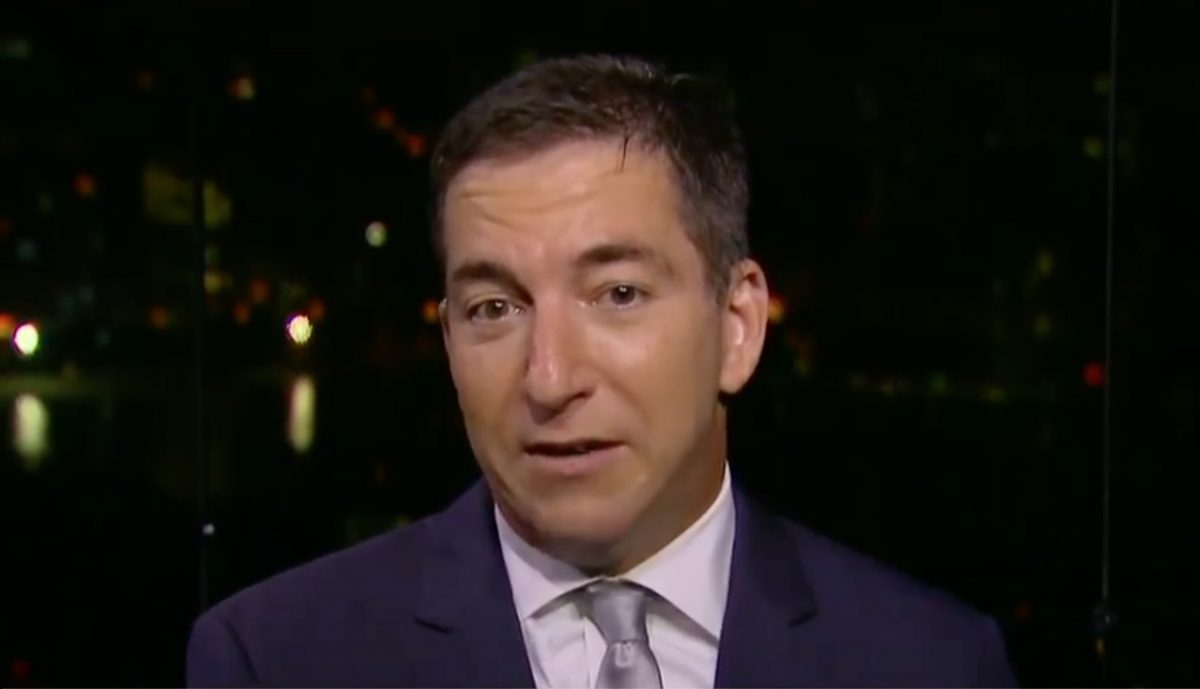 McCain broke down in tears on The View Thursday when she said Omar’s controversial comments about Israel are “very scary,” and anti-Semitism shouldn’t be a politicized as an issue.

Greenwald took note of her commentary, and bashed it as “the single dumbest thing ever happen on television.”

He also decried the comments from former Sen. John McCain’s daughter as “an excellent exhibit for how nepotism and dynastic privilege degrades culture.”

This might be the single dumbest thing ever happen on television, and an excellent exhibit for how nepotism and dynastic privilege degrades culture. https://t.co/ffANLe9HMD

Frightening terror in the US Congress: pic.twitter.com/NuMO5ZeMJs

Greenwald went on to blast The View‘s “dumb & offensive” conversation before diving into the intricacies of America’s relationship with Israel.

He posted articles arguing that American support for Israel makes it more difficult to broker peace in the Middle East because it gives the impression of political bias against Palestine. This costs the U.S. the public support they might’ve receive from moderate Arabs while simultaneously giving oxygen to anti-American sentiment in the region.

I can’t do justice to how equally dumb & offensive that discussion was – you can watch the whole thing here: https://t.co/1oIQiCOWqN – but can someone tell @MeghanMcCain & Joy Behar that people focus on this region because US gives Israel $38 billion in aid, which causes this: pic.twitter.com/DAyIu5X7w9

It took the US 240 years to elect its first black Muslim woman to Congress, and it took 11 weeks before someone went on national TV to literally cry about how scared she made them. (But she’s friends with Joe Lieberman so it’s personal for her)