Greg Gutfeld Defends Publicly Funding NPR, “Out Of Pity More Than Anything” 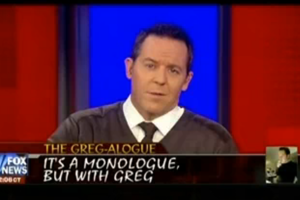 The reaction to Juan Williams‘ firing from NPR earlier this week has been anything but tepid, with Williams supporters calling for everything from his reinstatement to an investigation of the incident by Congress. More commonly, however, are the calls for NPR to be defunded and converted into a private company. On this morning’s Red Eye on Fox News, Greg Gutfeld admitted hates NPR, but he’d rather keep it around as an exhibit of “subsidized failure.”

Arguing that it wasn’t the level of offense Williams’ comments had created but, rather, the fact the Williams was “expressing an independent opinion that didn’t jive with [NPR’s],” he then turned and argued that NPR’s existence as a private company was a positive asset to the country, just to be reminded of why the federal government doesn’t publicly subsidize more entities than they already do:

“I’m one of the few to say ‘keep funding NPR,’ because if we don’t, they might go away. We can’t have that; we need them around to remind ourselves what subsidized failure looks like. As long as NPR drones listlessly on, we can point to it and say, ‘yeah, we’re letting it live.’ It’s like allowing the drunk at the pub to wipe down the tables for pocket change– it’s out of pity more than anything.”

His panel that night seemed to be nearly unanimously opposed to keeping it around, except for NPR fan Bill Schulz, who argued that NPR’s programming was actually “about 5% political, and 95% cooking with kale.” Plus, where else would he get those nice tote bags?

The segment from last night’s Red Eye via Fox News below: