Greg Gutfeld on Pelosi’s Threats: Gingrich Has So Much Dirt On Him, He’s An Earthworm
video

Greg Gutfeld on Pelosi’s Threats: Gingrich Has So Much Dirt On Him, He’s An Earthworm 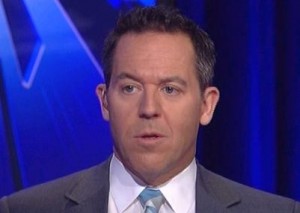 The nice thing about shows like The Five is that, even when all of the hosts agree on something, you at least get different opinions on why they agree. Take for example, Nancy Pelosi’s threats that she “knows something” that will keep Newt Gingrich from ever being president. The five hosts all agree it won’t hurt Gingrich, but they gave different reasons why.

Here are the different theories:

Eric Bolling – Pelosi may be breaking the law
Bolling, unsurprisingly, gave the strongest condemnation, wondering aloud if Pelosi’s status as a sitting Congresswoman possibly revealing findings from an ethics hearing might be themselves unethical or even illegal.

Bob Beckel – Pelosi’s leaving herself open for attacks
Beckel, even grumpier than usual today after two long segments from his co-hosts that could be summarized as “President Obama is a dumbhead and his dumb speech was dumb,” didn’t try to defend Pelosi. He explained that, if she knows something, she should just say it because, if not, she’s just putting herself out there for attacks from conservatives. Because, apparently, conservatives like attacking Nancy Pelosi.

That’s interesting. I’d never heard that before. Anyway, now back to my list of the different ways a group of conservative television hosts attacked Nancy Pelosi.

Dana Perino – Pelosi’s just turning Gingrich into a victim again
Perino compared Pelosi’s attacks to the attacks from his ex-wife Marianne whose “open-marriage” revelation did little to hurt Gingrich since voters seem to care less about family values or whatever and more about sticking it to those media jerky jerks. It’s entirely possible that Republican voters like Nancy Pelosi even less than John King.

All good theories. However, Greg Gutfeld’s was the most succinct. He pointed out that no one really cares what Pelosi has on Gingrich because the guy already has so much dirt on him, he’s like an earthworm.

It’s a good argument. I mean, again, people really didn’t care that this dude asked his Multiple Sclerosis-stricken wife if he could open up their marriage with some other lady he was already cheating on her with. Seriously, what else could there be?