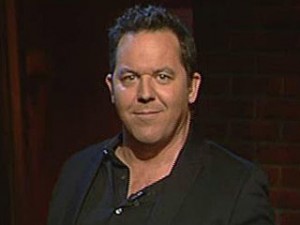 No, this is not a joke. In fact, it is instead one of the most brilliant pieces of provocations in recent years. Greg Gutfeld from Fox News’ Red Eye announced today via his blog that he is actively speaking to investors and plans on opening a gay bar next to the controversial mosque being built near Ground Zero in New York. To make matters worse (better?) the bar will be specifically designed to cater to homosexuals of the Islamic faith. God, this is going to be an exciting block.

Here’s Gutfeld’s entire post which he will expand upon during tonight’s Red Eye:

“So, the Muslim investors championing the construction of the new mosque near Ground Zero claim it’s all about strengthening the relationship between the Muslim and non-Muslim world.

As an American, I believe they have every right to build the mosque – after all, if they buy the land and they follow the law – who can stop them?

Which is, why, in the spirit of outreach, I’ve decided to do the same thing.

I’m announcing tonight, that I am planning to build and open the first gay bar that caters not only to the west, but also Islamic gay men. To best express my sincere desire for dialogue, the bar will be situated next to the mosque Park51, in an available commercial space.

This is not a joke. I’ve already spoken to a number of investors, who have pledged their support in this bipartisan bid for understanding and tolerance.

As you know, the Muslim faith doesn’t look kindly upon homosexuality, which is why I’m building this bar. It is an effort to break down barriers and reduce deadly homophobia in the Islamic world.

The goal, however, is not simply to open a typical gay bar, but one friendly to men of Islamic faith. An entire floor, for example, will feature non-alcoholic drinks, since booze is forbidden by the faith. The bar will be open all day and night, to accommodate men who would rather keep their sexuality under wraps – but still want to dance.

Bottom line: I hope that the mosque owners will be as open to the bar, as I am to the new mosque. After all, the belief driving them to open up their center near Ground Zero, is no different than mine.

My place, however, will have better music.”

Hot Air contacted Andy Levy who reiterated that Gutfeld is serious. And, on his blog, Gutfeld points to the lack of humor in the post as further proof of his intentions (although, I think he’s under estimating himself. That last line about the music is hilarious).

I, personally, think it’s a brilliant idea. I absolutely abhor all of this anti-mosque nonsense currently going on in this country. It’s disgusting bigotry plain and simple. However, just because I support Muslim Americans in their fight against anti-Islam prejudice, doesn’t mean they shouldn’t get a few dings for their religion’s own prejudice against homosexuals. If you want to be treated fairly, you should treat others fairly as well. Still though, the only thing that would make this plan perfect would be if Gutfeld created a chain of gay bars and plopped them down next to churches and synagogues since it’s not like those religions have been super open-minded.

Insomniacs around the country already know that Red Eye is underrated genius. If Gutfeld goes through with his plan, hopefully it will be enough to finally thrust them into the satirical limelight with Stewart and Colbert like they deserve.