Gretchen Carlson: Obama Asking Dem. Senators to ‘Take One for the Team’
VIDEO

Gretchen Carlson: Obama Asking Dem. Senators to ‘Take One for the Team’ 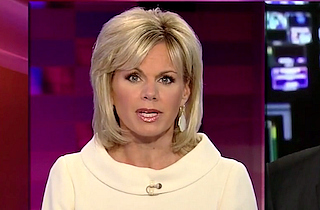 “Well, it must have been purely political,” Carlson said, noting that only Senate Democrats up for reelection were at the meeting. “Is Obama asking these Democrats to take one for the team? Because it doesn’t seem like he’s going to budge with any kind of delay, the kinds of things that the Democrats are now asking for.”

“It’s hard for a lame duck president, who’s seeing his approval ratings hit historic lows, to all of a sudden ask Democrats or any politician up for reelection to sort of suck it up and go with him,” Goldberg said. “Remember, the Democrats already lost the House because of Obamacare. The drop-dead date really is November 30. If they can’t get the website going, that’s when you really see Democrats running for cover and saying, ‘You’re on your own, White House.’ If the numbers and the news don’t start getting better, it is every man for himself.”

“But it is the height of hypocrisy that all of these Democrats voted for Obamacare, and now they may in fact be asking for changes to the law,” Carlson said, emphasizing, “Hypocrisy.”