Gretchen Carlson’s The Real Story Debuts Next Week on Fox

Gretchen Carlson’s The Real Story Debuts Next Week on Fox 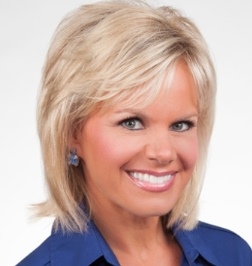 In announcing her departure from Fox & Friends to make way for Elisabeth Hasselbeck, Fox said that Gretchen Carlson would host a daytime news program for the network. Fox revealed this afternoon that the show, The Real Story will air daily at 2:00 p.m. ET.

Debuting Monday, Sept. 30th, The Real Story will take over the 2 p.m. slot and will “focus on all current events from general news and crime to politics and investigative reports.” Fox states that viewers can expect Carlson to “interview newsmakers and lead in-depth panel debates, lending viewers context and perspective on the headlines of the day. The program will also utilize social media to explore trending news stories and enlist viewer feedback.”

Fox News EVP of News Michael Clemente said of the new show: “Throughout her career, Gretchen has showcased her talents as a strong interviewer and skilled moderator, both of which will serve her well as she offers viewers a fresh take on the news.”

Carlson herself had this to say: “I am thrilled that Roger Ailes has given me the opportunity to host a signature show for Fox that will focus on the real stories of the day. From in-depth interviews to social media interaction live during the show, I look forward to joining viewers in the afternoon for smart and straight-forward talk. Plus, I now get to have breakfast with my kids and maybe even drive them to school! How great is that?”

Starting next Monday, Carlson’s show will be preceded by an hour of America’s News HQ, hosted by Bill Hemmer and Alisyn Camerota.