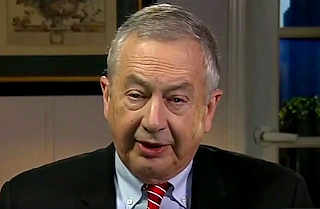 “We’re not really able to talk about a victory until we get rid of the laws that prohibit people from being able to protect themselves in schools and in other places,” Pratt said. “Every one of our mass murders in our country has occurred in a place where guns were prohibited…The legislation that’s on the books is lethal. It is killing people. These gunfree zones are murder magnets, and we’ve simply got to get rid of them. It’s an illusion to think that we’ll be safer because we can’t have a gun in a particular area, because the bad guy’s gonna have a gun.”

“I don’t think 90% of Americans agree on anything,” Pratt said. “From what we were finding, the notion that somehow gun owners were part of that 90% didn’t jive with what we found with our members, with what the NRA found with their members. Gun Owners of America doesn’t put any credence in those polls, and the fact is, Congress didn’t either, because they weren’t hearing that from their constituents.”

Pratt argued that background checks were “not a crime-fighting tool,” and that anyone so dangerous that they should be prohibited from having a gun should be in jail.