Hate it or Love It, The New Game of Thrones Episode Has Everyone on Twitter Losing Their Minds 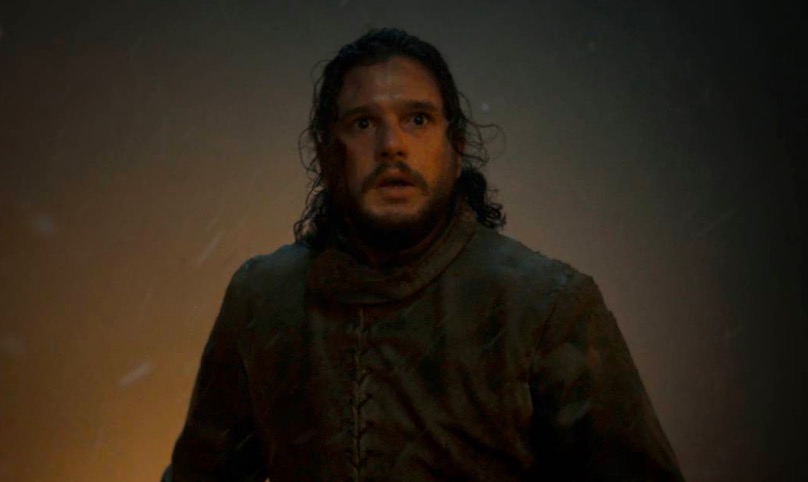 SPOILER ALERT! Do NOT read this unless you’ve seen the latest episode of Game of Thrones…

The Battle of Winterfell erupted over televisions set to HBO on Sunday night, and the insane twists ensured reactions to the latest episode of Game of Thrones completely took over Twitter.

The episode had the army of Westeros going to war with the Night King and his legion of undead fighters. Arya Stark was the star of the episode: even before THAT final scene, she embarks on a rampage, killing dozens of White Walkers, sometimes by herself, other times with the help of The Hound and Beric Dondarrion, who doesn’t make it out the episode alive.

The end of the battle is what really set things off: as the Night King kills everyone in his path, making it to Bran, it seems certain he’ll kill the Stark. But out of nowhere, Arya leaps into the frame and stabs the Night King, killing off his entire army.

The episode was met with a frenzied reception on Twitter — some loved it, others hated it, but everyone was talking about it. See reactions below.

I’ll need to see that episode again to process it, because that was like falling down a mountain of broken dragonglass for an hour & a half in the dark.

Without spoilage, I’m concerned what it says about what the show thinks its most important stakes are.

Sorry folks but… That shit was good as hell

Also, the battle scenes were pretty poorly shot, IMO. Chaotic editing, far too dim and difficult to see, no sense of space and proportion.

The scene where Arya was quietly evading shambling wights was the clear highlight, but felt like a video-game sequence. METAL GEAR FACELESS

Everyone’s pissed because not enough main characters died #GOT

No, I’m pissed because the episode displayed awful tactics, questionable strategy, and was shot like they had a monopoly on 1980s MTV music video dry ice machines. https://t.co/oJ7hfNzmz9

This Game of Thrones was especially gripping for a reason going back to Season 1 and killing off Ned Stark: Everyone is expendable. Literally had no idea who would be offed this time around. Great episode. Doing the battle at night was especially confusing & therefore compelling.

My face when Arya caught the knife #GameOfThrones: pic.twitter.com/eAsTNdV9s8

Thrones is basically fan service at this point so I’m guessing Cersei’s head’ll come off by Mother’s Day.

(I loved it, sue me. Farewell Night King you sweet prince, you were too good for this world. Also that’s what you get for going slo-mo on killing Bran)

So, here’s the thing about tonight’s #GameOfThrones: it was terribly shot (literally incomprehensible for large periods of time), terribly paced (all the cutting with the dragons was a disaster), and had a terrible ending (fucking Dracula rules, seriously).

This nail-biter of a game + #Gameofthrones all in one night = nailless and speechless https://t.co/J8wMZ0xIDe

Jon is still an idiot. My man was gonna square up with a whole dragon