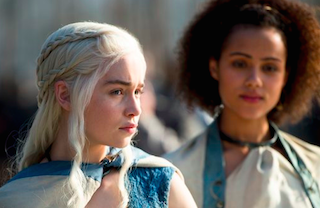 In a move that could lead to a big new wave of cable cord-cutting, HBO is reportedly in talks with Apple to finally launch a standalone streaming service called “HBO Now” in time for next month’s season five premiere of Game of Thrones. International Business Times’ Michael Learmonth cited sources familiar with HBO’s plans in his report Wednesday.

According to Learmonth, the price is expected to be $15 a month, nearly double the $7.99 rate for Netflix, which offers a much larger slate of television shows and films, but far less than the $100-plus most people pay for a cable package that includes HBO’s premium television package. The service is being developed in conjunction with Major League Baseball Advanced Media, which already powers streaming for networks like ESPN.

HBO Now would likely be available across a wide array of streaming platforms like Roku, Xbox and Playstation, among others, though Apple TV could be a launch partner for the service, according to the report. Apple’s streaming platform already offers the HBO Go app, which lets HBO cable subscribers stream shows and movies on any device, but would add HBO Now for those who don’t want to pay for a full cable or satellite package.

HBO certainly has incentive to launch HBO Now by April 12, when Game of Thrones is set to premiere. It would allow fans without cable subscriptions a way to watch the show without resorting to piracy.

Watch the trailer for season five of Game of Thrones below, via HBO: