‘Hero’ Antoinette Tuff Describes How She Stopped Georgia School Shooting: ‘You Don’t Have to Die Today’ 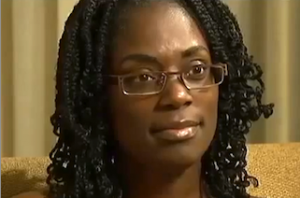 For the first time since making the harrowing 911 call that helped stop potential school shooter Michael Brandon Hill, school bookkeeper Antoinette Tuff opened up to the press about her experience at Georgia’s McNair Discovery Learning Academy Tuesday. She described how she talked Hill out of using his nearly 500 rounds of ammunition on school children and others by telling him, “You don’t have to die today.”

Tuff spoke to Atlanta’s ABC affiliate about the ordeal, telling them that when the shooter first walked into the school she thought it might have been a joke. But she realized things were far more serious when Hill said he “didn’t have any reason to live and that he knew he was going to die today.”

“I realized at that time,” Tuff continued, “that it was bigger than me, that he was a hurting young man. And I just started praying for him.” She began trying to tell the shooter about herself, assuring him that everything we going to be alright, and saying “you don’t have to die today.”

Tuff kept talking to Hill to get him to stay inside the school building with her instead of outside where the students were being evacuated. When the ABC reporter called Tuff a “hero,” she replied, “I give it all to God, I’m not the hero. I was terrified.”

She said she was scared because she knew “he was ready to take my life along with his, and if I didn’t say the right thing then we all would be dead.”