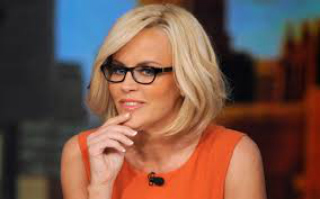 Today is a great day. Why? Because we’ve been reminded of how the Internet can be an incredible place where thousands of people band together to confront stupidity head-on.

In today’s case, that stupidity is the dangerous and deadly anti-vaccination junk science espoused by The View co-host Jenny McCarthy.

On Monday, McCarthy attempted to engage her Twitter followers with a fun little question and an accompanying hashtag: “What is the most important personality trait you look for in a mate? Reply using #JennyAsks.” But, unfortunately for her, much of Twitter knows the former model peddles a bunch of lies about a long-debunked link between vaccinations and autism.

Every time a measles outbreak or a whooping couch story appears in the news, McCarthy gets a wave of tweets mocking her anti-vaccination nonsense. Her #JennyAsks hashtag received a similar treatment:

#JennyAsks Someone who I can spend a lot of time with…because they have been vaccinated for measles and won't kill our infant children.

It goes on and on and on. Bravo, Twitter.

UPDATE: Don’t know how we missed this, but McCarthy responded:

Thank you to all the haters who tweet my name. You make my Q SCORE higher and higher. It's because of you I continue to work. Thank you! : )

Indirectly making the case against her own employment at ABC.