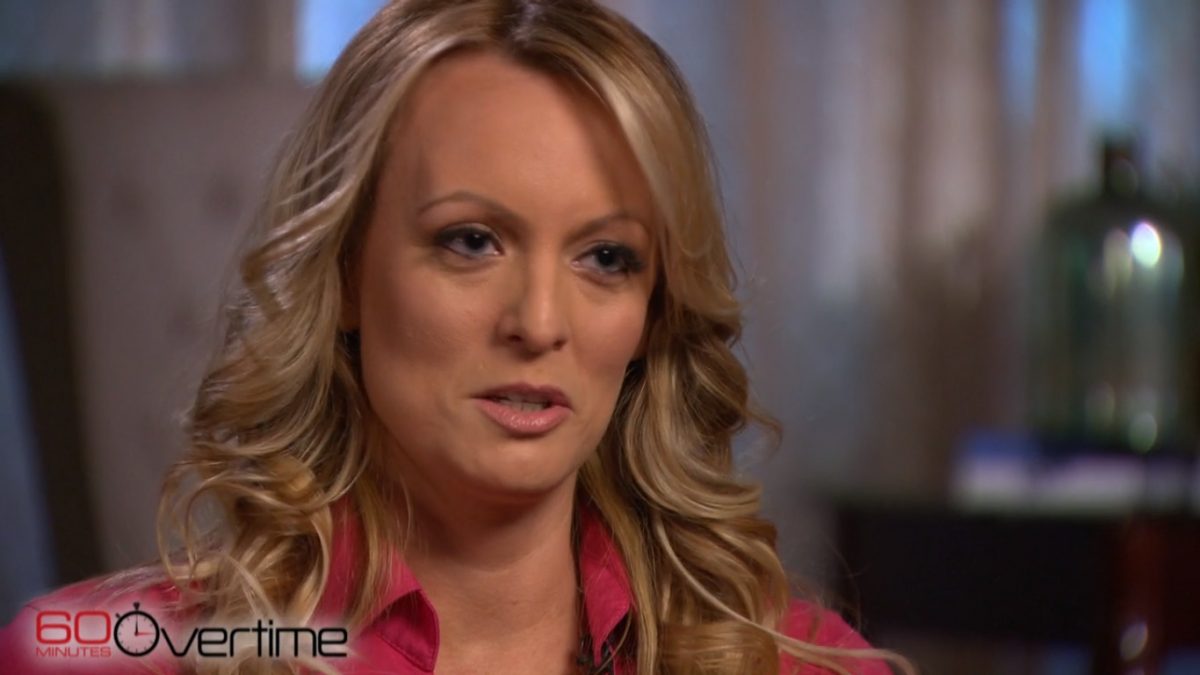 Daniels, whose real name is Stephanie Clifford, appeared on CBS last night with Anderson Cooper in her first televised tell-all regarding her alleged relationship with Trump. She discussed the president’s supposed interest in being spanked, him comparing her to his daughter Ivanka Trump, and even the threats Daniels claims to have received after the 2006 meeting.

However, a few quality quotes were saved for CBS’ online Overtime vertical in a post-game interview between Cooper and Ann Silvio. Below are the four best snippets included exclusively in the web edition.

COOPER: A movie of you having sex with somebody who looked like Donald Trump?

DANIELS: Right. And I said no repeatedly, much to their, you know–

DANIELS: Because it’s not how I wanted to be portrayed. I did not want this out there. Even though I could have capitalized on it and made money the entire time, I never did.

DANIELS: I had nothing to do with it.

DANIELS: I– yes. But I haven’t used that slogan. The clubs are putting it on their flyers, I haven’t uttered it at all until just now, because I think it sounds really cheesy.

COOPER: Physically, you’ve seen him in ways that other people haven’t?

DANIELS: Correct. And if need be, I can describe that.

DANIELS: I could. If need be.

4. Daniels says she regrets her relationship with Trump in hindsight:

ANDERSON COOPER: Do you have any regrets about the sexual encounter with Donald Trump?

STORMY DANIELS: If I would have known 12 years ago that I’d be sitting here talking to you, no offense, then yes, I regret it.

STORMY DANIELS: Because I don’t like talking to you about this.