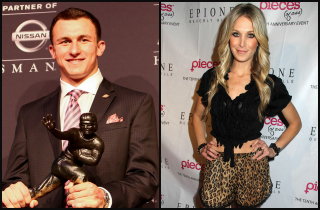 HLN contributor and Dr. Drew On Call co-host Samantha Schacher has seemingly filed a sexual harassment lawsuit against Cleveland Browns quarterback Johnny Manziel. UPDATE — 11:48 a.m.: An HLN spokesperson confirmed that it was a hoax suit filed by someone other than Schacher.

If that seems a bit odd, here are some other insane highlights from the document:

The football star’s agent vehemently denies the veracity of the lawsuit’s claims, and/or its authenticity:

This joke "lawsuit" is obviously 1000000% fake and/ or frivolous. Embarrassing I even have say this after reading the nonsense.

The complaint itself was filed using the CNN headquarters address in Atlanta, leading some to think this is, indeed, a bogus lawsuit filed by someone as a prank against either Manziel or Schacher — or both.

As updated above, HLN confirms this was a hoax filed by someone other than Schacher.

View the document below, via Scribd: