Nancy Grace To Mediaite: Casey Anthony ‘Has Affected Me Like No Other Case’ 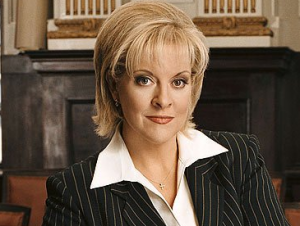 Far from the courtroom where Casey Anthony is on trial, and away from the set of her nightly HLN show, Nancy Grace at first seems a calmer, more relaxed version of the woman who’s become one of the highest-rated hosts in cable news. Headed home to see her twins after a long week covering the Anthony trial, doing her show, and appearing as an analyst on shows from Good Morning America to Piers Morgan Tonight, Grace admits she’s exhausted. “I need some coffee,” she said during an exclusive interview today with Mediaite.

But as soon as the topic turns to Anthony, who Grace has dubbed “Tot Mom,” you realize the passionate and intense Nancy Grace you see on air is no put on. “This particular case has affected me like no other has,” she said. “Most of the time it makes me want to rip my microphone off and run home and grab the twins out of the crib when they’re asleep. I don’t know, there’s something about Caylee.”

Grace, whose son and daughter were just months old when the Casey Anthony story began, has been emotional in court–as she was during our interview–especially when she talks about the victim, two year old Caylee. Seeing birthday party pictures and watching home videos, Grace said, has affected her deeply, particularly one video of Caylee sitting and singing in her grandfather’s lap. “It’s very hard to put into words,” said Grace. “Something about Caylee, with her big brown eyes. I’ve heard her singing You Are My Sunshine. That’s a song I used to sing to the babies when they were infants.” 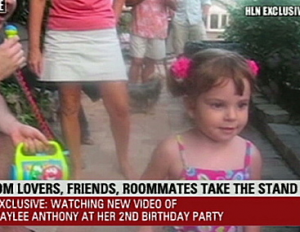 Grace believes the same things that have made it a tough story to cover–a seemingly normal childhood ending in murder and a child’s body dumped amid garbage–are the very things that have drawn record ratings the self-titled Nancy Grace, which is on track to have its highest-rated month in the show’s history. Since the trial began, Grace has seen triple digit increases among both total viewers and viewers 25-54–as has HLN throughout its primetime lineup, which has focused intensely on the trial. Viewers, Grace believes, are fascinated–and haunted–by the mystery behind Caylee’s death. “I don’t think there’s any doubt Tot Mom was involved,” she says. Grace believes it’s the emotional dynamic between members of a very normal-looking family now being torn apart that grabs people. “And the mystery. Even to this day we don’t know what happened. We don’t know the how, and the why.”

Grace, whose guest tonight is the “surprise” witness announced by Casey Anthony’s defense team, who say Vasco Thompson contacted Casey Anthony’s father, George, multiple times in 2008. But Thompson told Grace he’s being used as a scapegoat. “I have no idea who George Anthony is,” said Thompson. “I’ve just seen him on TV. I’ve never talked to George Anthony.”

In recent days, testimony by forensics experts has been excruciating, and Grace says she has drawn the line at showing viewers any unedited evidence photos, including those of Caylee Anthony’s skull. “I refused to show (it) on our air. Very hurtful, very hurtful. It makes you feel as a parent that the world isn’t always as safe as you think it is.”

For now, though, Grace puts the fear, and the face of Caylee Anthony, ever so gently out of her thoughts. It’s time for that cup of coffee and a dash home to be with her twins, telling Mediaite she’ll run from the car into her house. “I’m going to bolt to them. Race to them.”