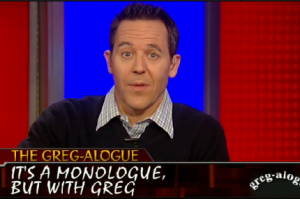 In an interview with the Advocate, actor Richard Chamberlain recently discussed the danger for young leading male actors to come out of the closet and advised that in today’s culture it’s still better for their career to keep their sexuality a secret. This got Red Eye host Greg Gutfeld wondering “how hilarious is it, that as the military now dumps [Don’t Ask, Don’t Tell] a Hollywood icon is imploring actors to embrace it. Anyway, why don’t we demand from Hollywood what Hollywood demands from the military?”

Is Hollywood irrationally homophobic or is society to blame for being unwilling to accept gay men in leading roles? Guest screenwriter Rob Long, despite assuming all actors are gay since “they all act gay,” actually thinks Chamberlain’s advice is sadly wise, because why should a gay actor allow producers of a movie to think there might be any risk in casting them. Gutfeld thinks an actor’s sexuality should be irrelevant since aren’t they acting like someone they aren’t in reality, so who cares?

However, it’s Gutfeld sidekick Bill Schulz who wisely sums it up in a hard to argue with conclusion:

[Chamberlain’s] probably right, I think for every what’s his name Doogie Howser, there’s like a million Rupert Everetts that come out and nothing happens. Like Nathan Lane is a strapping dude, I feel like the minute he came out no more leading man stuff for him.

On second thought, many might want to argue whether Nathan Lane is strapping.