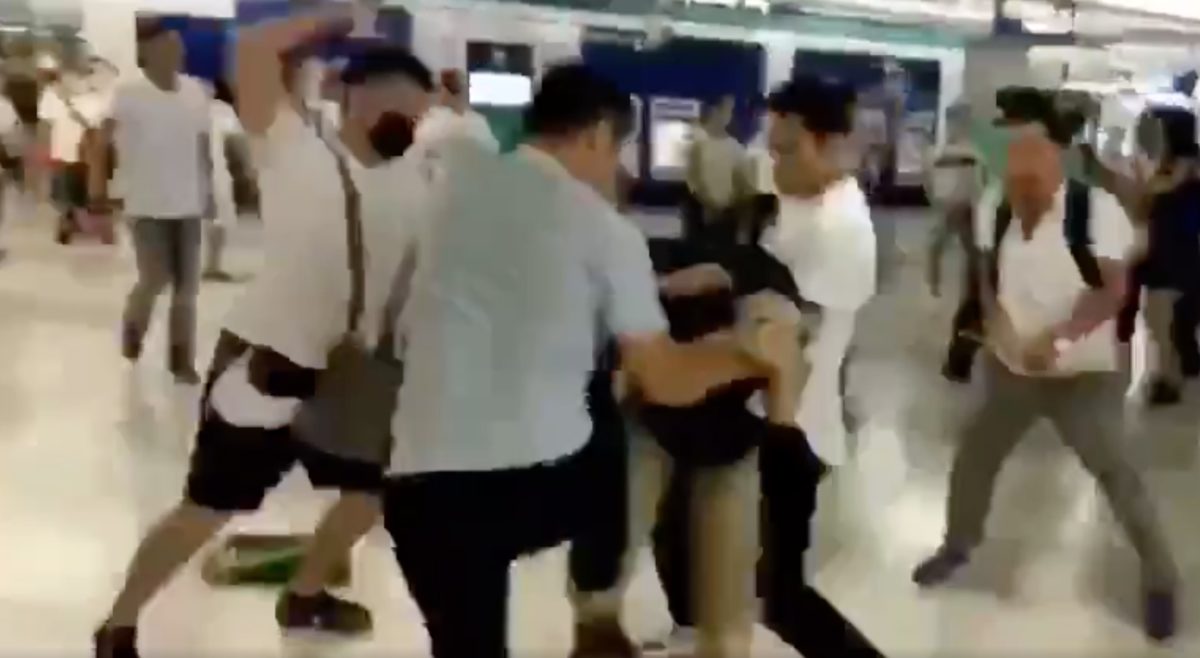 As pro-Democracy protests continue in Hong Kong, the Chinese territory’s police force is facing condemnation for failing to stop a mob of suspected gangsters from assaulting people at a train station over the weekend.

Anti-government demonstrators gathered in the Yuen Long metro station on Sunday night following massive protests earlier in the day around the financial district. The protests turned horrifically violent, however, when groups of men in white shirts appeared and started assaulting people with wooden rods and other weapons.

Multiple reports have characterized the men in white shirts as suspected affiliates of the triads. Approximately 45 people were injured in the skirmish. One of the assaulted was Lam Cheuk-ting, a pro-democracy politician who posted photos on social media showing injuries to his arm and his lip.

Carrie Lam, Hong Kong’s pro-Beijing Chief Executive, reportedly condemned the “shocking” violence and said it would be fully investigated. Since the white-shirted mob mostly went after people dressed in black – the color being worn by many anti-government protesters – the violence has prompted new questions about what is the connection between the mob and the triads, why the police didn’t act faster to stop the attack, and whether the violence was an act of political intimidation.

Multiple videos from the attack have been posted online, so here’s a sample from a variety of sources — fair warning: many of the videos are graphic and violent.

This is a clip from Gwyneth Ho (@StandNewsHK)’s live video. Look at how vehement and vicious the white-shirts are in their attacks on protesters. Look at their matching weapons – their long wooden sticks & umbrellas. #antielab #YuenLong
(https://t.co/YLjoOljcQC) pic.twitter.com/QucaHWJWdS

#Breaking: Just in – Reports of hundreds of hired criminals in #HongKong in white, are attacking protestors journalists and local residents in the area. #extraditionbill pic.twitter.com/G3P1srNzaW

White vs. black shirts: Violence escalates in Hong Kong as an armed mob attacked protesters and members of the public. #香港

Snippet of a live broadcast from lawmaker Lam Cheuk ting, showing self-professed pro-Gov’t mobsters attacking passengers in train cars at #MTR #YuenLong Stn. #HongKong has 1 of the world’s highest cop to population ratio. Where were @hkpoliceforce? Lam was injured as shown live. pic.twitter.com/Aq5JmJlf5u