How Donald Trump Will Be Beaten 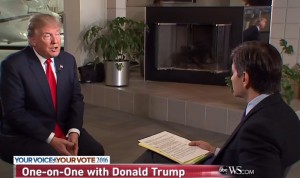 All things being equal, there shouldn’t really be any question about this, but all things aren’t equal. The media refuses to acknowledge the racial resentment that is the heart, soul, and body of Trump’s appeal, and while Hillary Clinton is more than tough enough to trade blows with Trump, the pebbly media and political landscape means that she’s still a bad hop or two away from keeping this thing very close.

Even so, one of the fundamental media misunderstandings about Donald Trump’s durability against the media and his Republican primary opponents is that it will necessarily translate to the general election, when most of it is rooted in two things that definitely will not translate. Much of Trump’s immunity from attack by his opponents stemmed from the fact that they were all afraid to attack him for so long that when they finally did, it rang false. There was also little that they could attack him over that wasn’t also true of themselves, or even their party’s most “moderate” members.

As for the media, Trump’s success in the Republican nomination battle came in a milieu that is naturally hostile toward the mainstream media, a fact which Trump cannily exploited.

Now that he’s out in the wider world, however, Trump is going to face attacks based on contrasts with sane policies, and will need to convince an electorate that isn’t quite as convinced that the media is just out to get him when they report exactly what he has said. These are structural disadvantages that will be difficult for Trump to overcome, but which he has also shown some aptitude for mitigating. He can pivot on policy with dizzying speed, and will continue to have complete run of the media’s amplitude.

Regardless of whether Trump can overcome these challenges, one thing is certain, and that is that he thinks he can. Over the weekend, though, Trump showed that there’s one challenge he knows he can’t overcome, that he has seen the agent of his eventual destruction, and all he can do now is hide from it. Check out this segment from Trump’s interview with George Stephanopoulos on Sunday’s This Week:

STEPHANOPOULOS (on camera): So you’re not worried about Obama out there campaigning against you?

TRUMP: Look, you know what? Once we start, I think it’s going to be good. You know, Hillary Clinton…

Trump remembers something that the rest of the media seems to have forgotten, which is that Barack Obama is the only person who has ever managed to sink Donald Trump like a toy boat in Republican presidential polls, and he’s champing at the bit to do it again. In April of 2011, Trump was riding high in the polls, and had yet to even announce a candidacy. He dominated the media for months, much as he is now. Then, the President publicly humiliated Trump over the birth certificate while sending SEAL Team Six to kill Osama bin Laden, immediately sinking Trump in the polls.

Obviously, Obama can’t repeat that trick, but when the Democratic nomination is settled and he hits the trail for Hillary Clinton, the President can work Trump over like a veal cutlet, and all Trump can do is change the subject, because he knows, and everybody else knows, that this is the guy who ended him.