How Is ABC News’ Terry Moran Not Neck Deep For Accusing President Obama In IRS Scandal? 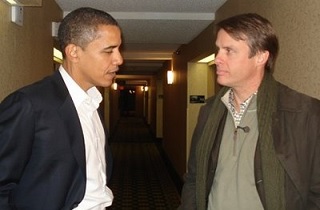 Since the Internal Revenue Service apologized, Friday, for targeting conservative nonprofits for extra scrutiny, the other N-word, “Nixonian,” has been getting a P90x-style workout in the political media, with many reporters and pundits only now beginning to rein in their use of that extremely loaded shorthand. Despite the fact that there is no evidence to even hint at the suggestion that the White House was involved in this alleged political targeting, ABC News’ Terry Moran made that charge in much more explicit terms than even many conservatives and Republicans, and has paid no price for such irresponsibility.

In the days after the IRS scandal broke, reporters and commentators have been rather promiscuously using the term “Nixonian” to describe the scandal, a clear suggestion that the decision to target conservative groups was made, and enforced, by the Obama White House, even if the intent was simply to use Nixon’s “Enemies List” as shorthand for any abusive political targeting. Time Magazine‘s Joe Klein danced all over that line Saturday, then thought better of it by Monday, while many cable news anchors and analysts have now begun to qualify their use of the label by noting the key difference between Nixon’s transgressions and the current scandal: White House involvement. So far, there has not been even a hint that the Obama administration was in any way involved in this activity, or even knew about it.

From a journalistic standpoint, that distinction ought to render the adjective moot, and in my view, irresponsible, but at least ostensibly non-partisan journalists have begun to disclaim it. Open partisans will continue to use the epithet, but until evidence materializes to substantiate it, real journalists ought to avoid it.

Then, there’s ABC News Nightline co-anchor Terry Moran, who tweeted this, on Friday:

This goes well beyond drawing a general (if loaded) parallel between political abuses of power, explicitly accusing the Obama administration of using the IRS to target conservative groups. The article he links to contains no such allegation, and even the Tea Party leader who’s quoted in the article will only go as far as accusing the President of “ignoring repeated complaints by these broad grass-roots organizations of harassment by the IRS in 2012,” accusations the President says he didn’t know about.

For his trouble, Moran got slammed by conservatives because his show didn’t cover the story Friday night, but nary a peep was made by anyone else.

The IRS scandal, as it has unfolded thus far, is an outrage because, as the President said, “the IRS as an independent agency requires absolute integrity and people have to have confidence that they’re applying it in a nonpartisan way – applying the laws in a nonpartisan way,” because it strikes at the very heart of our most cherished, arguably most important freedom: freedom of speech.

It is that freedom which allows Moran to make such an accusation, but it is his responsibility, as a member of our most important bulwark against tyranny, our free press, to retract this accusation until, or unless, he has evidence to support it. If he won’t, then his news organization should.

Over the weekend, I asked Moran to explain his comment, but he has, thus far, declined.