How to Live Stream Super Bowl XLVIII for Free (Well, Sort Of) 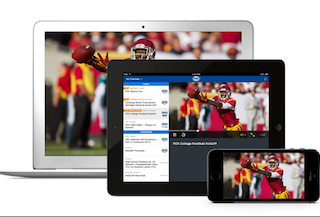 UPDATE (6:40pm): According to a press release, there will be a “special preview” of the FOX Sports GO app from midnight tonight until 3am ET Monday morning, which means it may be possible to watch the game online even if you do not have an existing cable subscription. Check out the FOX Sports website after 12am ET for more information.

It’s getting easier every year to live stream the Super Bowl online. The only catch is that you need a cable subscription (or, let’s face it, access to your parents’ account) in order to do it. This year, FOX Sports GO is allowing viewers to watch the whole thing through its website, as well as on its iPad and iPhone applications, available in the Apple app store.

Kickoff for Super Bowl XLVII is scheduled to begin at 6:30pm ET, but pregame coverage will begin streaming at 2pm. In addition to the Fox streaming platform, XBox users can use the NFL app to watch the game on their TVs. Additionally, Verizon mobile and FIOS customers can subscribe to NFL Mobile (for a $5-per-month fee) and watch through their iPhone, Android, Windows or Blackberry device.

The one other big problem with watching the game online is that you probably won’t be seeing the same commercials as everyone watching on TV. As Variety’s Todd Spangler reported, Fox sold its online ad inventory separately.

Once again, here’s that link where you can watch the big game online: msn.foxsports.com/foxsportsgo