In the Wild West that is new media, journalists can be trolls too. And with hilarious results. Take, for instance, the example set by the Washington Free Beacon’s Andrew Stiles. Over the past several months, he (and a “colleague” named Biff Diddle) have successfully trolled MSNBC’s The Ed Show into featuring nonsensical tweets on-screen during airtime.

As those familiar with Ed Schultz‘s bombastic 5 p.m. show already know, it can be quite interactive. Schultz and his production team often serve up hilariously leading poll questions like “Are Republicans angrier than two black labs fighting over a toy?” or “Do you think Republicans want to make poor people poorer?” or “Are conservatives the new Confederates?”

Viewers bust out their cellular devices to, uh… agree… with Schultz’s premise: 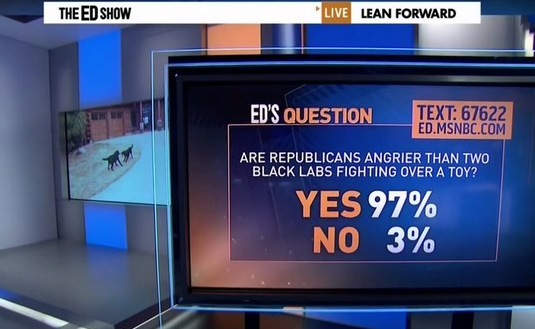 Another interactive aspect of the show is the Twitter scroll. The big monitor behind Schultz, as well as the lower-third crawl, will feature a curated selection of tweets that utilize the hashtag #TeamEdShow. While a majority of the tweets are earnest and fully encouraging of the host (“We love you Ed! Keep up the great work!”), the process also obviously allows for some good ol’ fashioned trolling. Enter Stiles and his Twitter feed.

“I accidentally got on the show one day after directly quoting one of Ed’s insightful comments about the GOP (they’re racist, etc.),” the WFB digital managing editor tells Mediaite. “After that, I thought I’d see what the bar was for liberal nonsense they’d allow on the air. Turns out it was pretty low.”

Let’s take a look at some of his (and totally-real-human Diddle’s) successful examples — perhaps a lesson in how to effectively troll Ed Schultz. 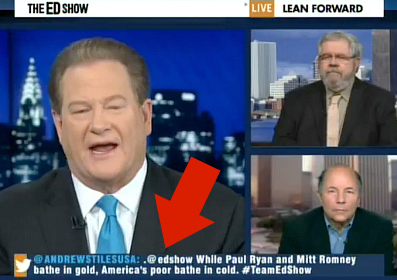 .@edshow: Chris Christie is TOTALLY obsessed with himself. Loves sound of his own voice! #whitewash 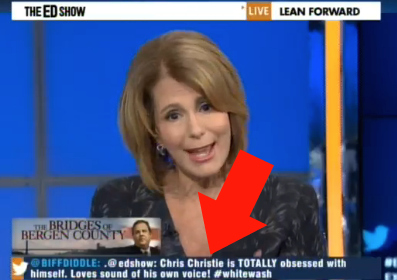 3. Exaggerate the truth to a goofy extent, while still patting Schultz on the back: 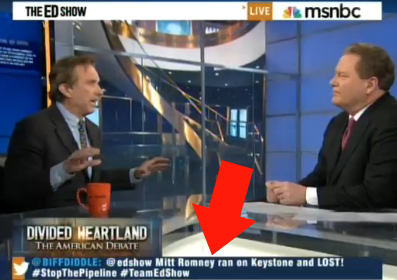 Loving the laughs on a Friday, Ed! Killin’ it! #TeamEdShow 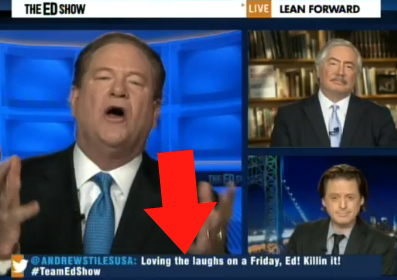 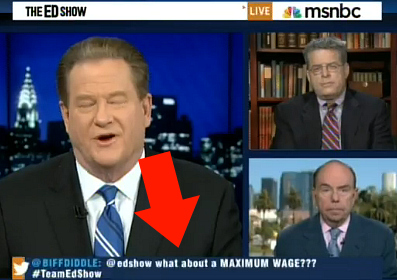 @edshow America needs to wake up and #StopKeystone or Manhattan is going to be underwater by 2050! #TeamEdShow 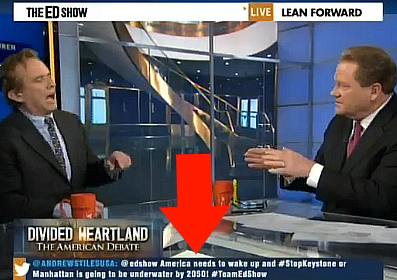 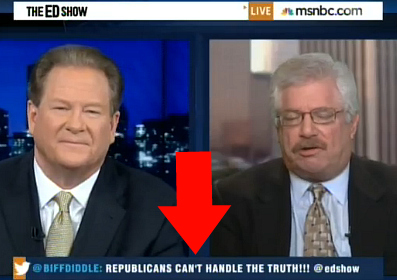 So why does Stiles (and “Diddle”) do it? Is it the accolades, the potential for a Mediaite article, or boredom? “The Ed Show is the only show on MSNBC that lets its viewers be a part of the action,” Stiles told us. “For those of us who are required to watch MSNBC all day, it offers a brief respite from an otherwise unbearable programming schedule.”