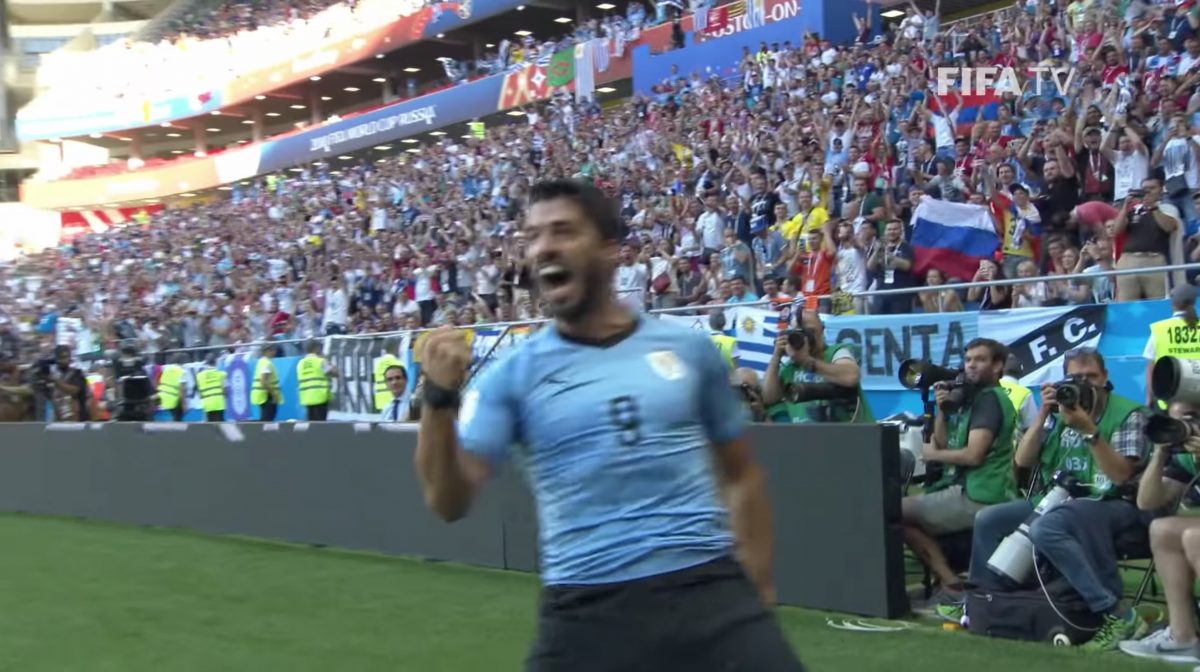 The first match of the World Cup quarter finals will see France face off against Uruguay at 10 a.m. EST Friday, and it’s gearing up to be a thriller.

Both sides remain undefeated in the tournament, though the South American team will be hobbled going into this showdown, as their top scorer this tournament, Edinson Cavani, is out with a calf injury.

Here are the lineups, courtesy of the Guardian:

Player to watch: Luis Suarez. He’s Uruguay’s best player, but also its most loathed, thanks to his frequently deplorable antics on the pitch. With Cavani out, he might just shine this match, but he’ll face some competition from Les Bleus: their attacking line boasts Kylian Mbappe, Antoine Griezmann and Olivier Giroud meaning this match promises a festival of goals.

The game kicks off at 10 a.m. EST. It will be broadcast on Fox in English, and Telemundo in Spanish. The game can be streamed online by visiting Fox’s World Cup Hub. It can also be streamed on mobile or tablet via the Fox Sports Go app, which can be downloaded in Apple’s app store and the Google Play store.