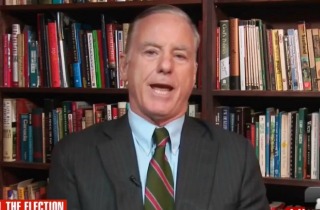 During a conversation with Stephanie Ruhle about the media’s responsibility to hold Trump accountable to the truth, Dean lamented how much time networks have given Trump to offer questionable innuendos that make for juicy content to drive ratings.

When Ruhle pointed out that Dean did the same sort of thing with his insinuations behind Trump’s debate sniffles, Dean said he did it to show what media coverage has become due to the election.

Dean recently defended his tweet in another MSNBC interview, while the Trump campaign slammed him over his suggestion.