Howard Dean to ABC: ‘We Don’t Do Tech Rollouts Well in This Country’
VIDEO

Howard Dean to ABC: ‘We Don’t Do Tech Rollouts Well in This Country’ 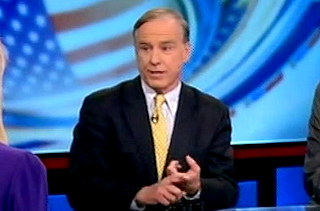 Former presidential candidate Howard Dean appeared on This Week With George Stephanopoulos and told guest-host Martha Raddatz that the primary problem with the Affordable Care Act rollout was still the website, but that tech rollouts were considerably more cumbersome than people liked to let on.

“There are two aspects of this,” Dean said. “We can either focus on this one, the usual Washington panic, craziness, isolated from everything else that’s going on in the country, or the real problem, which is they got to fix the website. I’m not convinced it’s going to be fixed. I’ve seen a lot of tech rollouts. We don’t do those well in this country. My rule for them is it takes twice as long, costs twice as much, and often you have to do it twice. They have to start getting people enrolled. I think they can. But they may have to do it manually.”

“If Democrats keep thinking like that,” replied Wall Street Journal’s Bret Stevens, “it’s going to be the greatest political gift for Republicans in maybe decades. Obamacare is a political self-punching machine for the president. You have a November 30th deadline. Does anyone seriously think that’s going to be met in terms of fixing the website? I doubt it.”

“There’s a March 15th deadline for the end of enrollment period,” Stevens continued, “where two-thirds of Americans who are trying to sign up are going to discover that they don’t qualify for subsidies. Then in June, we get the presumably the beginning of the employer mandate, where suddenly millions of Americans are going to discover they’re being shunted into part-time work or work under thirty hours precisely because of Obamacare. This is the kind of gift that will keep on giving for Republicans at least through the next election cycle, if not the one after that.”