Investigator Had Wanted Manslaughter Charge For Zimmerman The Night Of Shooting, Sources Say 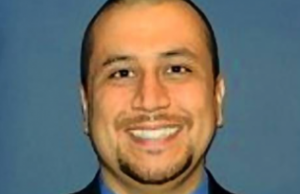 According to a report from ABC News’s Matt Gutman, the lead homicide investigator in the shooting death of Trayvon Martin recommended that George Zimmerman be charged with manslaughter on the night of February 26. Multiple ABC News sources claim that investigator Chris Serino was “instructed to not press charges against Zimmerman because the state attorney’s office headed by Norman Wolfinger determined there wasn’t enough evidence to lead to a conviction.”

Gutman adds that “police brought Zimmerman into the station for questioning for a few hours on the night of the shooting, said Zimmerman’s attorney, despite his request for medical attention first. Ultimately they had to accept Zimmerman’s claim of self defense. He was never charged with a crime.”

MSNBC’s Al Sharpton reported that NBC News was working to confirm ABC’s report and questioned criminal justice professor Eugene O’Donnell what he made of this new development.

“How would they know within hours of a shooting how much evidence there was and then let the man walk out with his clothes and evidence?” Sharpton asked incredulously. “Maybe we not only should be investigating Zimmerman and the police, but the prosecutor’s office. Maybe that’s why the first thing they did when we started marching is come with a new special prosecutor. Something doesn’t smell right here.”

“Whatever happened that night, which is obviously very much in question, subsequent to that night, day-to-day as this has been going on, neither the police nor the prosecutor’s office have covered themselves in glory by these kind of selective leaks and this partial information and it really would be much preferable if they put this all at the table early on and said we had an internal debate and this is what happened,” O’Donnell replied. “It is a shame and it hurts public confidence when there is a slow and paralyzed process to getting this matter resolved.”

Watch Al Sharpton report the news via MSNBC below: