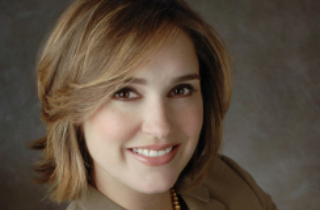 It was one of those moments for which every journalist strives. A simple question posed to a public figure led to a major shift in policy.

When CBS correspondent Margaret Brennan asked Secretary of State John Kerry if there is anything Bashar al-Assad‘s Syrian regime could do or offer that would stop a U.S. military strike, she likely did not expect for Kerry to respond with the “hypothetical” heard ’round the world.

“He could turn over every single bit of his chemical weapons to the international community in the next week,” Kerry responded, seemingly in jest. “Turn it over, all of it, without delay, and allow a full and total accounting for that. But he isn’t about to do it, and it can’t be done, obviously.”

Obviously it can’t be done and is not worth considering, right? After all, the State Department clarified that his statement was a “hypothetical.” Except, later that day, Kerry’s off-the-cuff remark became the foundation for a major Russian proposal: Assad hands over his chemical weapons stockpile to the international community and the U.S. military strikes.

Hours later, President Obama conceded to NBC News that this new Russian proposal-via-offhand-Kerry-remark could represent “a significant breakthrough,” signaling a shift in U.S. policy from trying to obtain congressional approval for military strikes to a U.N. Security Council resolution involving the overturning of chemical weapons.

While major questions remain as to whether Syria could realistically hand over chemical weapons stockpiles while in the midst of a bloody civil war; or whether this proposal represents a stalling by all sides until the next Assad “red line”-crossing; this much is clear: A single question from a tough-minded journalist provoked a bumbling remark from a major policy official — a remark that has, for the time being, significantly altered the course of this ongoing tension and effectively delayed the use of American military assets against the Syrian regime.

Watch Brennan’s history-making exchange with Kerry below, as captured raw by CNBC: