Is The Obama Campaign Watching You Online? 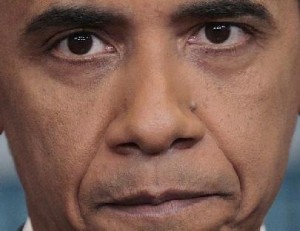 Is President Obama watching you online? On CNN’s The Situation Room, Candy Crowley reported that President Obama’s campaign has built a centralized database of information on millions of potential Obama voters. “This is something that make spook some people,” remarked Dan Lothian. “It seems a bit like Big Brother, but in fact advertisers have been doing this for years — doing data mining, in other words going through data banks, perhaps information they gathered during the 2008 campaign, going through information that’s posted on their website, on Twitter, on Facebook, to try and build a better profile of the voter. Rayid Ghani, who had been doing work in the corporate world, has been brought on board to do similar work on the campaign. Let’s say, for example, you tweet a lot about the environment. The campaign can see that and appeal to you, whether for support or to go out and get engaged by talking about the environment. It gets your attention. If it were about something else. I spoke to a technology writer, who says this kind of targeted approach can not only be effective, but also efficient.”

RELATED: Report: Homeland Security Is Monitoring The Drudge Report, HuffPo Among Other Sites

“They’re putting it into one centralized data bank,” explained Lothian. “And using it for ads, solicitations, what have you, so anytime they’re asking for information, it’s all going to a one central repository.”

Lothian disclosed that the White House did not want to talk about the specific details of how they collect the personal information of online users.

Obama’s campaign and the Democratic National Committee also refused to talk to Politico’s Dave Levinthal, about “how they specifically gather or use personal information.”

Katie Hogan, an Obama for America spokesperson claimed that the public has nothing to worry about.

“This campaign has always and will continue to be an organization that respects and takes care to protect information that people share with us,” Obama for America spokeswoman Katie Hogan said. “We go to great lengths to make sure that supporters have the ability to opt out of communication and contact from the campaign.”

Watch Lothian’s report below via CNN: