Israeli Ambassador to U.S. Lambastes CNN While on CNN over Gaza Coverage
video

Israeli Ambassador to U.S. Lambastes CNN While on CNN over Gaza Coverage 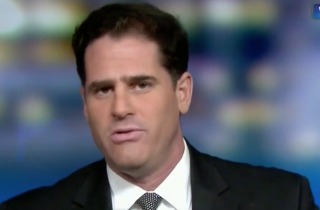 Ron Dermer, the Israeli ambassador to the United States, appeared on CNN tonight and wasted no time in scolding CNN’s coverage of the ongoing conflict between Israel and Hamas. Dermer told Erin Burnett repeatedly the network is doing a great disservice by not giving its viewers all the facts about what’s happening in the region.

Dermer was shocked that a CNN report on U.N. schools being targeted didn’t mention several important facts, including the Secretary-General of the United Nations condemning the placement of rockets by Hamas in those buildings to begin with. (Ban Ki-Moon did also urge caution about Israeli force.) He asked, “Do you not think that it’s relevant to report on CNN that the secretary general of the United Nations yesterday warned against the use of UN schools and shelter for rocket missile deposits of Hamas?”

Burnett said it is, but Dermer kept going, telling her, “I’ve not heard a single person say what I’ve just said to you now.”

Burnett asked him if Israel had time to verify that kids were taken from the U.N. schools before they were fired at. Dermer said, “You have no basis for making the statement you just made.” He didn’t profess to know all the facts, but scolded CNN and other media outlets for not “connecting the dots” about what’s really going on.