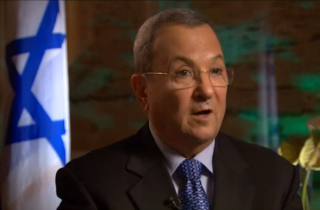 In a Monday interview with CNN’s Wolf Blitzer, Israeli Minister of Defense Ehud Barak praised President Barack Obama for doing “more than anything that I can remember in the past” in regards to Israeli security.

“From my point of view as defense minister [US-Israeli relations] are extremely good, extremely deep and profound,” Barak told Blitzer. “I can see long years of both sides of the political aisle deeply supporting the state of Israeli and I believe that reflects a profound feeling among the American people.”

Barak, a former Israeli prime minister, went on to specifically praise the current American presidency: “But I should tell you honestly that this administration under President Obama is doing, in regard to our security, more than anything that I can remember in the past.”

Seemingly perplexed, Blitzer challenged Barak to clarify whether he meant President Obama has done more than any any president ever, including President Lyndon B. Johnson. Barak responded that ever since President Jimmy Carter’s administration, “the defense relation between Israel and the United States are extremely stable and good.”

“It doesn’t mean that we agree on everything,” he continued. “It’s very well known that differences between our government and the American administration about peace process about other issues, but I believe that in regard to world turmoil, in regard to Hezbollah, in regard to what happens in Syria, in regard to Iran, we basically agree on the diagnosis.”