‘It’s Happening’: Speculation Abounds After Hillary Clinton Tells Trump Not to ‘Tempt Her’ into 2020 Bid 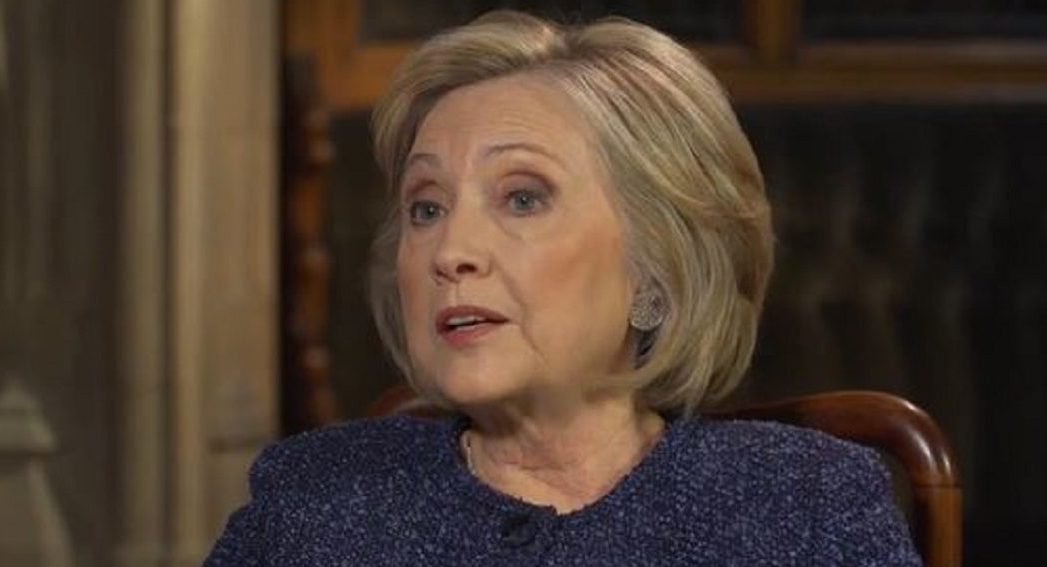 Clinton’s hint at a 2020 run came after Trump wrote on Twitter, “Crooked Hillary Clinton should enter the race to try and steal it away from Uber Left Elizabeth Warren. Only one condition. The Crooked one must explain all of her high crimes and misdemeanors.”

The former secretary of state replied by advising Trump not to “tempt” into throwing her hat in the 2020 ring and to focus on his job instead.

Don’t tempt me. Do your job.

It has been speculated that Clinton may be weighing another presidential run after she embarked on a press tour in the past few weeks promoting a new book about feminist icons, which she co-authored with her daughter Chelsea Clinton. Clinton has repeatedly criticized Trump during the speaking tour, referring to him as an “illegitimate president,” while also addressing what she wishes she had done differently during her 2016 campaign.

While Clinton’s tweet may have just been a troll aimed at getting under Trump’s skin, her tweet threatening to enter the 2020 race spiked conjecture from media figures and other Twitter users on if voters can look forward to a Clinton vs. Trump rematch in the near future.

Check out a few of the reactions to Clinton’s tweet below:

Democrats keep scoffing at the idea that Hillary Clinton will run again.

Creating a 19-lane highway for Trump to attack familiar Dems (Biden, Hillary) for months and months while somebody else slides into the nomination is not a bad strategy for Dems. I just don’t think it’s actually the strategy being deployed. https://t.co/KQarx6JEmX

The meteor can come at any time. https://t.co/dwsbwDw5DV

Donald Trump tweets that Hillary Clinton should run again in 2020.

Omg. I LOVE HER

A Trump v. Hillary newscycle is an in-kind to the Trump Campaign

Oh she’s gonna do it! https://t.co/PlZ3ritWod