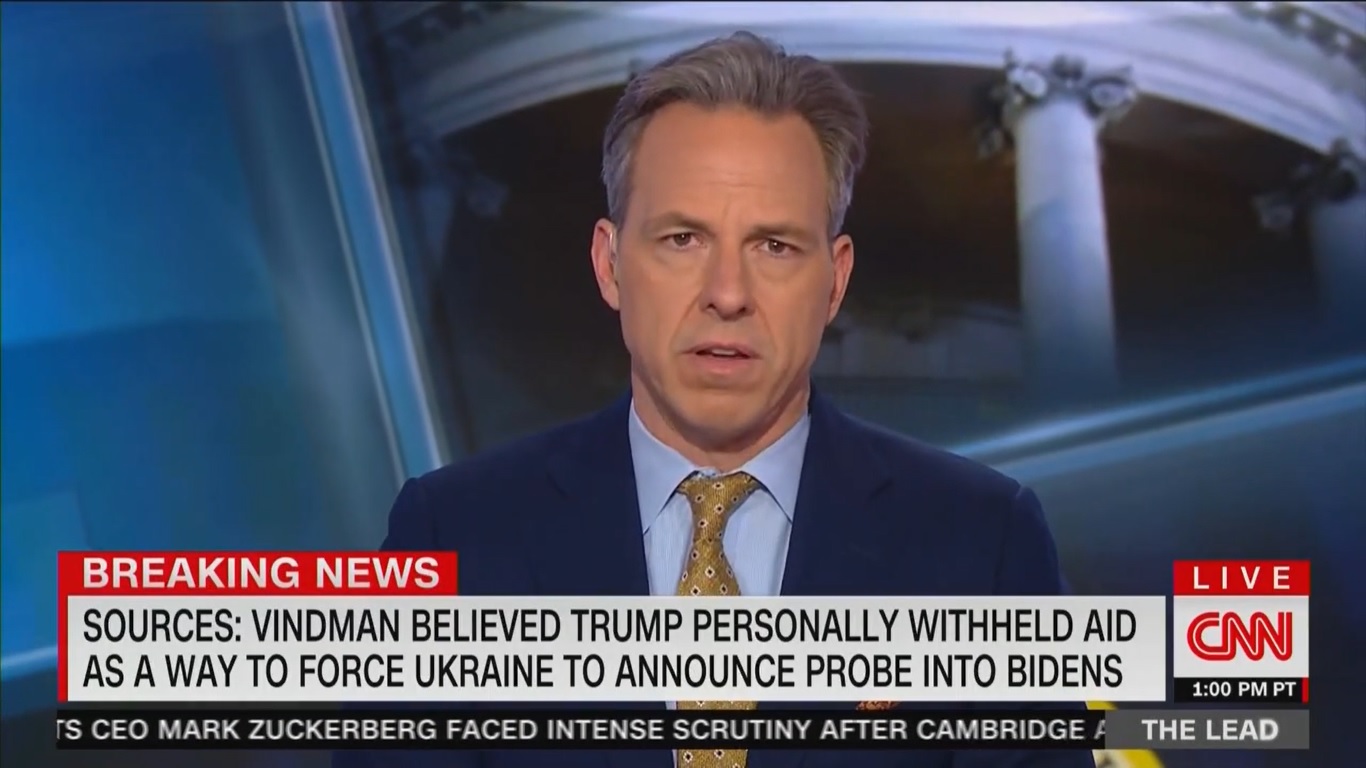 CNN anchor Jake Tapper responded to an “ugly” and “un-American” tweet from an OANN reporter on Thursday, which insinuated impeachment hearing witnesses Fiona Hill and Alexander Vindman were not real Americans.

“Fiona Hill with that Prince Andrew accent, and ‘Defense Minister’ Vindman from the Ukraine… I’m wondering: are any Americans going to testify against Trump?” wrote OANN Chief White House Correspondent Emerald Robinson in a tweet has since been deleted.

Robinson is a reporter at the right-wing outlet known for conspiracy theories and its unparalleled support of President Donald Trump.

Fiona Hill and Lt. Col. Alexander Vindman were officials on the National Security Council who testified in the impeachment inquiry. Hill was born in the United Kingdom and Vindman in Ukraine before emigrating to the United States where they both became naturalized U.S. citizens. 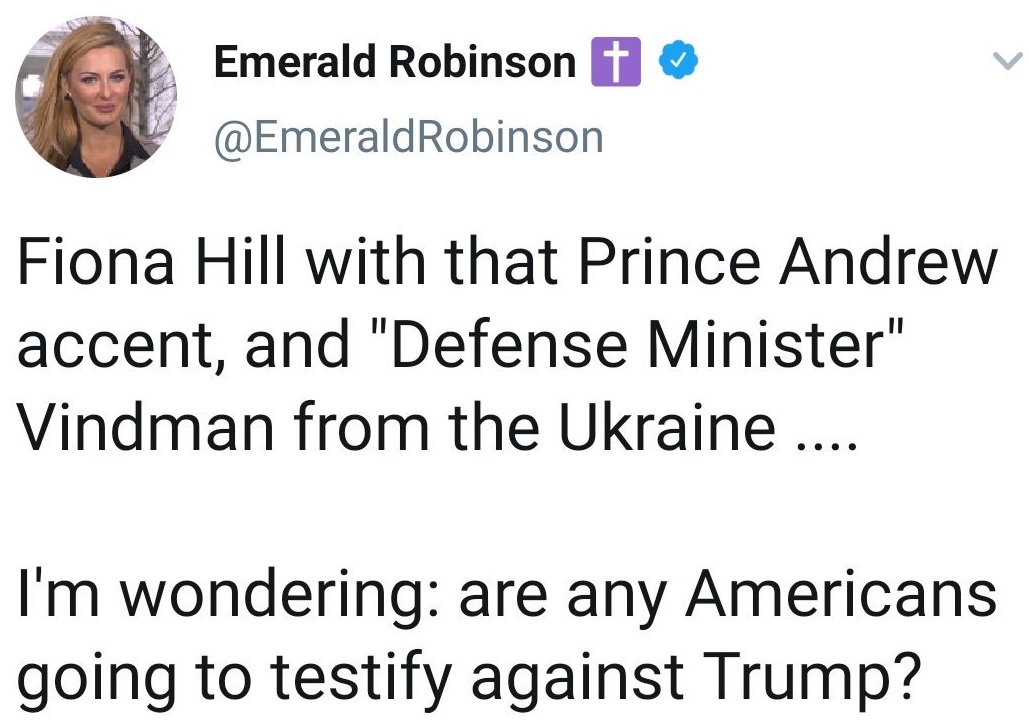 Tapper responded to the tweet, calling it “an ugly and, frankly, un-American thing to say.”

What an ugly and, frankly, un-American thing to say. https://t.co/7zCnWI27gu

With all do respect to my friend @EmeraldRobinson, they are both Americans. And even though I was born in China, I am too. https://t.co/x0gyuOnItV

She still has a pretty noticeable Eastern European accent. Does that make her un-American?

Just a reminder that even if you are a white immigrant, you are not a real American to the Trump Before Country crowd.

(I guess this means @FLOTUS @MELANIATRUMP is not an American, @EmeraldRobinson?) pic.twitter.com/tvbkQamacT

Since @EmeraldRobinson has now deleted her bigoted tweet, here’s a screengrab of it: https://t.co/GrGhGgKS9b

We’re a nation of immigrants.

Prince Andrew???
Quite the opposite, actually.